Home News 10 Worst Food Companies That Are Poisoning You Daily And Lying About... 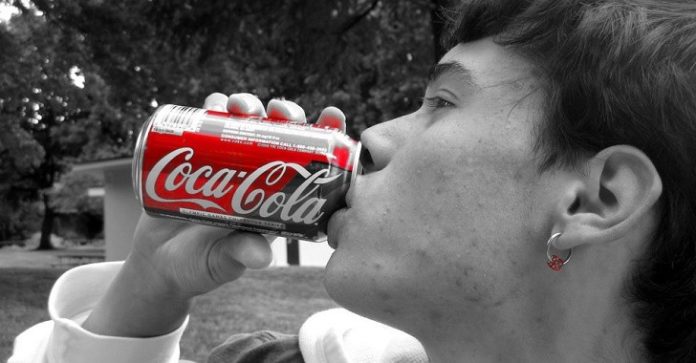 Much of the mainstream American food supply is laden with unhealthy additives, artificial flavorings, coloring, dyes, preservatives, hormones, genetically modified organisms (GMOs), and toxins. Not everyone agrees that GMOs have been proven harmful to humans, which is why the food chains listed here were selected specifically because they are responsible for a wide variety of health violations—the GMOs and their concealment from public knowledge are included for informational purposes.

As with all things, I urge you to read with your head on a swivel, adjusting your worldview based on new information.

ConAgra—whose brands include Hunt’s, Healthy Choice, Marie Callender’s, Orville Redenbacher, Slim Jim, Reddi-wip, Egg Beaters, Hebrew National, P. F. Chang’s, and Bertolli—labels many of their products under the confidence-inspiring statement of “made with all natural ingredients.” Their slogan, “Making the food you love,” is equally charming and disingenuous. Unless you contextualize them in a world of Orwellian doublespeak, these statements are the antithesis of truth. ConAgra was found guilty of “health code violations and bacterial contaminations at its food processing facilities, which have endangered consumers and in some cases been linked to deaths.” They’ve also concealed the use of GMOs in their products and practice unethical factory-farm sourcing.

In 2003, it was revealed that for two years, ConAgra had been poisoning Americans with E.coli-tainted beef, which the USDA was complicit in covering up.

Trisodium Phosphate (also known as TSP) is an additive and flavor enhancer found in thousands of frozen and processed foods, including kids’ cereals. It also happens to be an ingredient that was used in industrial cleaners—that is, until the EPA declared it unsafe for human exposure. Still, that doesn’t stop General Mills from using it. It’s okay, though, because GM states: “In our food products we use very small amounts [of TSP]”. Phew! Only a small amount of poison, thank God!

Up until just this year, General Mills’ foods also used BHT, or butylated hydroxytoluene, which animal tests have proven to be toxic.

General Mills has also come under fire for the widespread use of GMOs in nearly all of its foods. The company actively lobbies against any required labeling of GMO ingredients and it spreads disinformation concerning the safety of GMOs.

There’s a reason why Kraft’s Mac N’ Cheese has such a beautifully golden hue to it: it’s the artificial coloring agent Yellow No. 6, which has been linked to hyperactivity, asthma, skin conditions and even cancer. In 2013, Kraft bowed to pressure and removed the artificial coloring, but tens of thousands of people have already consumed their products. Kraft also hides the presence of GMOs in their foods while actively fighting against regulations to require the labeling of these potentially dangerous ingredients. And, of course, their highly processed, pre-packaged products contain high amounts of fat, sugar and sodium.

Oh, and one last thing: as of March 18th, 2015, Kraft was in the process of recalling 6.5 million boxes of Mac N’ Cheese because some of them contained fragments of metal.

Heinz recently lost a lawsuit over false advertising. They’ve been busy lying to the public by labeling products made from GMOs as all natural. Whether you tolerate GMOs in your food or not, the fact is that this company has a proven track record of lying to the public.

You don’t have to stop eating ketchup—just switch to a healthy organic brand. The same goes for all of these foods.

Is it a prerequisite for success that all large food companies must actively lie to their customers? Campbell’s soup, forever emblazoned in our minds by Andy Warhol’s iconic prints, has been a staple in most American homes for decades. Unfortunately, Campbell’s has been sued for hiding the presence of GMOs and for labeling foods as low-sodium when they contain as much salt as regular products. The average cup of Campbell’s soup contains a staggering 850mg of sodium. Unless that’s your only major meal of the day, consuming it means you’re risking heart attacks, diabetes and high blood pressure.

Just as importantly, if not more so, is the fact that for many decades, Campbell’s has lined its epoxy-resin cans with the toxic chemical, bisphenol A (BPA). “BPA has been linked in lab studies to breast and prostate cancer, infertility, early puberty in girls, type-2 diabetes, obesity, and attention deficit hyperactivity disorder,” according to Breastcancerfund.org. Only recently did the company finally bow to pressure and phase BPA out of its production.

Does this really surprise anyone? By this point, you should be aware of the myriad health problems that Coca Cola and Diet Coca Cola cause, but sometimes it’s helpful to break it down to the specifics. Coca Cola has over a half dozen chemical additives that are detrimental to your health: E150D, a food coloring agent; E952, or Sodium Cyclamate, a synthetic sugar substitute that was actually banned by the FDA in 1969 and then inexplicably reinstated by WHO a decade later; E950, or Acesulfame Potassium, which is 200 times sweeter than sugar, very addictive, and is bad for the cardiovascular and nervous system; E951, or aspartame, a sugar substitute that has been linked to brain tumors, MS (Multiple Sclerosis), epilepsy, Graves’ disease, chronic fatigue, Alzheimer’s, diabetes, mental deficiency and tuberculosis; E338, or Orthophosphoric Acid, which can cause irritation of the skin and eyes; and E211, or Sodium Benzoate, a compound that, according to one study, damages human DNA.

Nestlé is one of three companies using GMOs in their infant formula. Okay, so maybe you want to trust corporate-paid scientists about the safety of GMOs— but Nestlé also has the additional track record of using traces of the industrial poison melamine. For context, this is the same chemical that sickened at least 50,000 Chinese infants in 2008.

Purina, which is owned by Nestlé, also had a lawsuit filed against it for the use of propylene glycol, a known animal toxin and component of automotive antifreeze in its dog food. After over 3,000 dogs became ill, Purina responded on its website that propylene glycol is “an FDA-approved food additive that is also in human foods like salad dressing and cake mix.” How reassuring.

Kellogg’s has been the target of a nationwide ban over GMOs after spending over $1,012,552 on pro-GMO, anti-organic media propaganda in California, Washington, and Oregon in order to defeat GMO labeling initiatives. Did the nationwide ban impact Kellogg’s corporate ethos? Unfortunately, the company actually doubled down and its products now contain 100% GMO corn that contains traces of glyphosate and BT toxins.

Following the lead of Coca Cola, Pepsi vowed to changed its formula after a California law mandated a carcinogen warning for soft drinks. Nevertheless, the vast majority of Pepsi still contains 4-methylimidazole, or 4-Mel, which has been linked to cancer in humans.

Another major opponent of GMO labeling laws, PepsiCo invests millions in celebrity endorsements to make sure you don’t equate their products with obesity, diabetes or cancer. A 2014 study has shown Pepsi has even more sugar fructose than previously believed.

Along with many other chocolate companies, Hershey’s was recently found to have unsafe levels of lead—which can lead to neurological damage and learning disabilities—as well as cadmium, which can cause reproductive harm and damage to the kidneys, liver, and bones.

Additionally, Hershey’s has spent more than a million dollars to make sure you can’t be certain whether or not the candies you are eating contain GMOs. Their most popular treats contain many modified ingredients, a fact they obviously hope stays unknown.

By: Jake Anderson  From: The Anti Media

Campus Security Guard Accidentally Shoots Himself, Then Blames Made up Black Man to Cover...

Baltimore Police Van Driver Not Guilty of All 21 Administrative Charges in Freddie Gray...