Home Islamophobia “Go Back To Your Own Country,” Racist Man Yells Before Shooting Man... 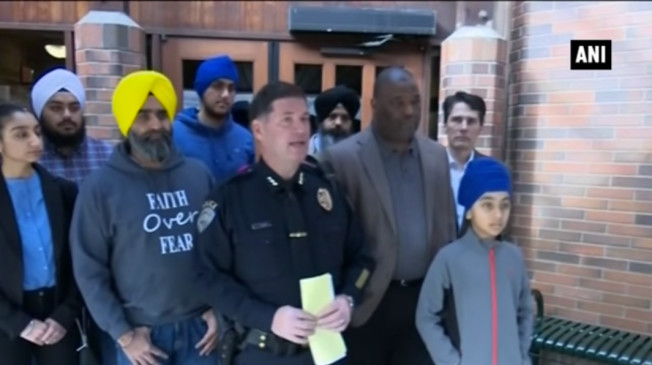 The Kent Police Department is investigating a Friday night shooting that left a man wounded in the Panther Lake neighborhood as a possible hate crime.

A victim was shot about 8 p.m. in his driveway by another man who yelled, “Go back to your own country.”

Authorities say the armed individual walked up to the victim, who was working on his car in a driveway.

The victim, who is a member of the Sikh community, was wearing a turban. It is common for uneducated racist people to confuse Sikhs and Muslims because a turban is worn by some Sikhs as well as some cultures typically seen as Muslim.

“To think this could happen in our community is very surprising and very disappointing,” police Chief Ken Thomas said.

Thomas also said the victim did not know his assailant.

“This is the first incident of this magnitude that I am aware of in the city of Kent,” Thomas said.

Members of the Sikh pushed authorities, including the FBI, to investigate this as a hate crime.

As the reality of living in the Trump era sinks in, one man says many people are scared.

“All they see is a person with a turban, so it could have easily been me,” Amarjit Singh said.

The 39-year-old victim’s name has not been released. Police say he was shot in the arm and is expected to be OK.

The shooter is described as white and about 6 feet tall, with a medium build.

If you have any information related tot he shooter, please contact the police.