Home News The Air We All Breathe Is About To Become Much Worse –... 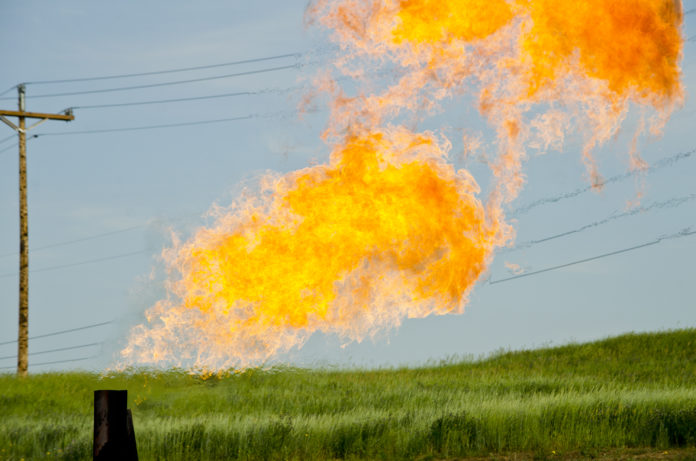 An Environmental Protection Agency directive shows how fast the Trump administration is responding to requests by oil, gas and coal companies to pollute as much as they want.

Oil and gas companies can release into the air all the methane they want at 15,000 wellheads without keeping any records of their polluting under a March 2 memo signed by Scott Pruitt, the new Environmental Protection Agency administrator.
“EPA would like to assess the need for the information that the agency was collecting through these requests,” Pruitt wrote, “and reduce burdens on businesses while the Agency assesses such need. This also comes after the Agency received a letter on March 1, 2017, from nine state Attorneys General and the Governors of Mississippi and Kentucky, expressing concern with the burdens on businesses imposed by the pending requests. EPA takes these concerns seriously and is committed to strengthening its partnership with the states.”Methane is a major source of changes in atmospheric gasses which are changing Earth’s climate, leading to the warmest temperatures recorded in human history. Leaks from drilling and moving natural gas and oil are the largest single industrial source of domestic methane pollution.

Pruitt signed his memo just one day after attorneys general reached out to him. The memo made no mention of the interests of individuals, physicians, environmental and conservations groups and others concerned about the health and climate effects of methane escaping into the atmosphere by being vented or burned off.

The memo comes after Republicans in Congress voted last month to end a rule that prohibited dumping coal mining debris beside streams. Once in waterways, such debris can make people sick in the short run and force the use of bottled water as well as put heavy metals, which are known to cause cancer, into drinking water supplies. Coal debris can also kill fish, turtles and other wildlife and interfere with navigation on larger bodies of flowing water.

Donald Trump is expected to sign a broad executive order soon that will drastically reduce regulation of carbon companies, allowing them to flare methane gas, let pipeline leaks continue and take other actions that damage the environment and risk human and animal health.

Trump is a climate change denier, though his comments indicate he does not understand what climate is. “It will get cooler,” he said during the campaign, “it will get warmer, it’s called weather.”

Weather and climate are not the same. Weather measures short-term changes in wind, humidity, air pressure and temperature, while climate is the long-term pattern of weather in a region.

Pruitt’s memo raises a host of questions about whether EPA is violating a federal law requiring it to act to reduce or prevent specific pollutants. The memo may also violate federal ethics laws. The memo effectively gives Pruitt a victory he was seeking in court. As Oklahoma attorney general he worked so closely with energy companies that he often cut and pasted oil and gas industry proposals into official documents. As attorney general, Pruitt sued the EPA more than a dozen times.

Pruitt’ memo involves Section 111 of the Clean Air Act and would affect not just existing wells but, because of regulatory rules, new ones, said David Doniger, clean air and climate change director at the Natural Resources Defense Council.

A similar memo is expected to soon, under a different law, to allow more wellhead methane pollution on lands controlled by the federal Bureau of Land Management.

The memo by Pruitt, who wants to eliminate the EPA, is to be officially published in the Federal Register on March 7.