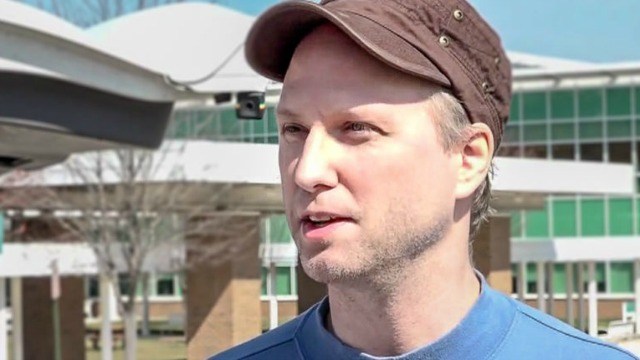 It is very telling of the political climate we live in when a Northern Virginia man is who now out of prison for serving time for having admitted to threatening to kill President Obama- and who also believes in the suppression of women’s rights (which includes the repeal of their rights to vote) has garnered enough signatures in at least one county to run for the of the House of Delegates.

While unheard of in the time of President Obama, for reasons more obvious than others- now that we have a president who is so openly bigoted and misogynist its no wonder a man like Nathan Daniel Larson has enough support to forge his campaign ahead.

As reported by WUSA9:

A federal judge sentenced Nathan Daniel Larson to 16 months in prison with three years of supervised release. After Larson served time behind bars and Virginia Gov. Terry McAuliffe restored his voting rights, the convicted felon decided early this year to run for a seat in the Commonwealth’s lower chamber.

In Virginia, voting rights are lost upon conviction of a felony. Eligibility to vote is a requirement to run for public office in the state.

Election representatives in Prince William, Virginia’s second largest county, said Larson has submitted signatures, names that are now in the process of being reviewed.

But Larson’s past may not be the most unusual or unsettling aspect of his campaign. The self-proclaimed libertarian proposes the suppression of women’s rights, including the right to vote.

“I think women want male leadership, and so men have to be strong,” Larson said in an interview Monday. “Men have to take the stances they believe are right, and women will respect that.”

The 2003 graduate of George Mason University ran for Congress as a Libertarian in 2008, losing to Republican incumbent Rob Wittman in Virginia’s 1st Congressional District.

But this time around the Libertarian party wants nothing to do with him, especially now that it has been revealed that he also condones incest.

The Libertarian Party of Virginia is now distancing itself from Larson, with Chairman Bo Brown saying the party plans to expel the candidate during a March 26 meeting.

“There’s no chance he’ll be running with this party,” Brown said in a phone interview. “He should be able to run, but if you continue to run, your character will come into question.”

Larson confirmed he also advocates the belief that fathers should be able to marry their daughters. In his view, fathers have a greater interest in taking care of their offspring, as opposed to men who marry into the family.

When asked about his views on women influencing politics, Larson grew taciturn.

On Ivanka Trump, “I don’t really have any strong opinions about her.”

On Former Secretary of State Condoleezza Rice, “I haven’t thought about that.”

Larson plans to run as an independent candidate after state Libertarians expel him later this month. Official certification for candidates without party affiliations happens June 13, with election officials reporting Larson at this point only needs to file financial disclosure forms.

“If you’re independent, it just means you’re the one who’s running an experimental campaign,” Larson said. “Sometimes it may mean you’re ahead of your time.

Do you think that Larson has a fighting chance a winning a seat in Virginia’s House of DelegateS? What does his ability to garner enough votes to even run indicate about the political climate of the times? Should someone who has served time for admitting to threatening the President of the United States even be allowed to run for office or vote in future? Join the discussion in the comments section below.