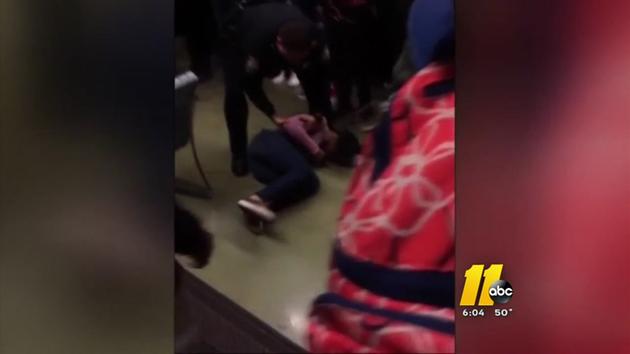 A Wake County, N.C., grand jury has chosen not to charge a Rolesville (N.C.) High School resource officer who was caught on video brutally slamming a 15-year-old girl to the ground.

The girl was returned to class after the incident, but then later taken to the hospital for treatment of a concussion.

WTVD reported Wake County District Attorney Lorrin Freeman said her office sent presentments to the Wake County grand jury for willful failure to discharge duties and assault on a female, but the grand jury dismissed the issue. Freeman said the matter will now be considered closed, with no further action.

“Our law-enforcement officers are engaged daily in difficult interactions where they often are required to intervene. As they strive to maintain the peace and protect our community, it’s important that proper and legal boundaries on the use of force are followed,” the district attorney said. “I commend Chief of Police Bobby Langston for his willingness to invite an unbiased review of this matter and for his commitment to maintaining the public trust of his community.”

The resource officer in question, Ruben De Los Santos, resigned from the Rolesville Police Department earlier this month, according to WTVD, but no details were given regarding why he resigned.

The short video of the incident shows a group of high school students crowded together before the officer picks up the girl and then slams her on the ground as she goes completely limp.

This is not OK. We cannot allow cops to do this to people, especially to teenage girls.