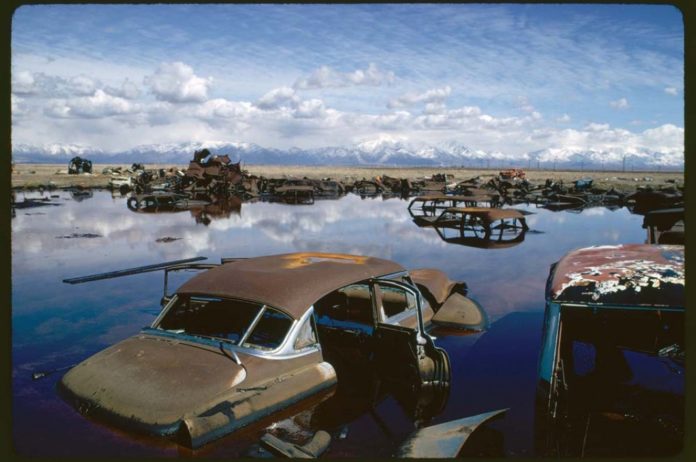 In Springdale, Pennsylvania, residents who live near the Cheswick coal-fired power plant say they have the neighbor from hell. Plumes of soot laced with toxic chemicals, such as mercury and arsenic, rise from the plant’s smokestacks. The local school nurse says there’s an epidemic of asthma in the neighborhood. Soot blackens houses; it blackens lungs. Some parents tell their children that when they grow up, they should leave town.

Springdale is a window into why we need the Environmental Protection Agency (EPA).

Though we’ve made tremendous progress since the days when smog choked our streets and rivers caught fire, people in communities like Springdale and across the country are still fighting for their right to clean air and clean water.

Established by a Republican president in 1970 to address America’s dirty air and water crises, the EPA still has much work ahead of it. Air pollution still kills 1 in 20 Americans. More than 4 million women of child-bearing age are exposed to levels of mercury that can harm fetal brain development. The need for strong environmental safeguards, as well as other protections that clamp down on industrial and corporate abuse, hasn’t gone away. That’s why Earthjustice is going to court to stop the Trump administration’s efforts to undo the EPA rules that protect the public and keep polluters in check.

Among the latest in a string of Trump’s controversial executive orders is one that directs federal agencies to repeal two protections for every new protection they issue. This “one in, two out” rule might sound good on Twitter, but it’s illegal and just plain senseless. At Earthjustice, we’re calling it the “False Choices” executive order.

Trump’s order would effectively block government agencies from issuing new health, consumer or workplace safeguards unless they repeal existing ones. Scientists and public health experts at agencies like the EPA, the Occupational Safety and Health Administration and the Food and Drug Administration could be forced to choose among vital protections. Imagine asking a family to choose between experiencing cancer-causing soot pollution and allowing a pesticide into their food that harms children’s developing brains. Imagine ordering dedicated civil servants to trade protections for one community or group of American workers for safeguards to help another. This can’t be our future.

The executive order also says that the net cost of implementing a new protection must be zeroed out by eliminating at least two other rules. Any public health benefits—and accompanying economic gains—do not figure into this cynical calculation. According to this line of thinking, fewer missed days of work, healthier kids and thousands of lives saved due to fewer heart attacks aren’t worth anything.

The idea that government safeguards cost jobs or hamstring the economy is simply not true. The health benefits to the public outweigh the costs to industry by at least 3-to-1, adding up to as much $9 in health benefits for every $1 spent on protections. New limits on mercury and arsenic pollution from power plants, for example, would prevent 11,000 premature deaths, nearly 5,000 heart attacks and 130,000 asthma attacks, as well as 540,000 missed days of work, every year.

In fact, the benefits of all major environmental rules over the past 10 years, according the White House Office of Management and Budget, have outweighed the costs by at least 2 to 1, though sometimes by as much as 14 to 1. The economy is more than companies—it’s also America’s workers, consumers and families.

But this new executive order ignores all the lives saved, productivity gained and suffering relieved by government safeguards. The only cost that matters is to the corporate bottom line—not the cost for a parent who misses work to stay home with an asthmatic kid, not the cost of medical bills for cash-strapped families and not the devastating cost of losing a loved one. This order will ensure that polluters’ pocketbooks are protected while the public pays the price.

America’s federal agencies are responsible for protecting people from harm. They cannot comply with President Trump’s executive order without violating the fundamental laws that give them their authority. Earthjustice is asking the courts to strike down this unconstitutional order as a classic case of presidential overreach.

We’re fighting to protect the invaluable public safeguards that this administration seems determined to gut. It’s now up to the courts to remind the president that no one is above the law.