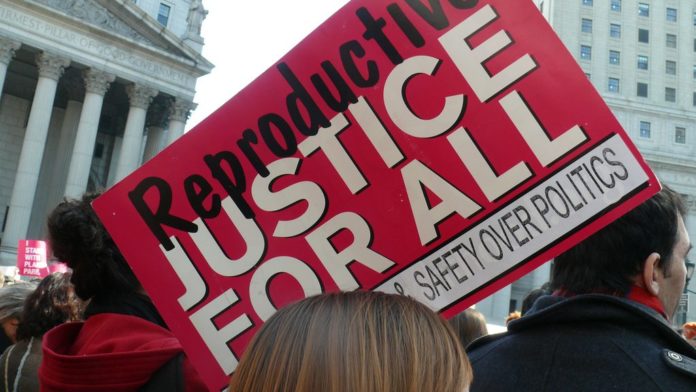 The state of Texas is amongst one of the most restrictive when it comes to the reproductive rights of women. From making women jump through hoops for basic health care, to exuberantly long wait times- Texan women have their bodies controlled by men in suits more than most of the country. Current Texas legislation has made medical abortions illegal, forces aborted and miscarried fetal tissue to be buried or cremated at the cost of the woman, and also forces women to an ultrasound 24 hours before a procedure though deemed medically unnecessary. With all these restrictions women clearly do not have autonomy over their own bodies- and one Texas Representative wants to make it a level playing field introducing a mock three-page bill which proposes men be fined $100 for masturbating highlighting the disparity between how men have control of their bodies while women’s bodies are controlled by the government.

As reported by Pink News:

The bill, 4260, was introduced by Representative Jessica Farrar, is in response to debates around women’s reproductive health across the US.

The three-page bill was read out by Farrar, a Democrat.

Intended as a satirical attack on male politicians’ dealings in issues concerning women’s bodies, the bill would restrict men in the same way that some seek to restrict women’s access to abortions and contraceptives.

“A lot of people find the bill funny,” Farrar The Houston Chronicle.

“What’s not funny are the obstacles that Texas women face every day, that were placed there by legislatures making it very difficult for them to access healthcare.”

Of the 50 states, Texas has some of the most restrictive laws on abortion.

The catalyst that started it all for Farrar was when she first heard of the bill forcing women to bury or cremate miscarried or aborted fetuses. As if there weren’t enough anti-abortion measures in place for Texan women to endure to access basic healthcare, this just her over the top- spurring her to ridicule the double standard that women face through the “Anti-Masturbation Bill”.

The bill also suggests that men should have a rectal exam before they can be prescribed Viagra or be given a vasectomy.

It also suggests that men should be given a booklet titled ‘A Man’s Right to Know’.

“An attending physician must administer a medically-unnecessary digital rectal exam and magnetic resonance imagining of the rectum before administering an elective vasectomy or colonoscopy procedure, or prescribing Viagra,” it reads.

According to Bill 4260, “masturbatory emissions” will be collected at medical facilities to be used for conception.

“Emissions outside of a woman’s vagina, or created outside of a health or medical facility, will be charged a $100 civil penalty for each emission, and will be considered an act against an unborn child, and failing to preserve the sanctity of life,” it reads.

What is your take on the approach Farrar is taking in fighting for the reproductive rights of women? How do you think the reception of the bill she’s drafted will be received in a state like Texas? Do you think it will start a precedent for change for Texas and other conservative states, or do you think her efforts are made in vain? Join the discussion in the comments below.

Police Under Fire for Dismissing an Indigenous Woman Calling for Help Naked on the...