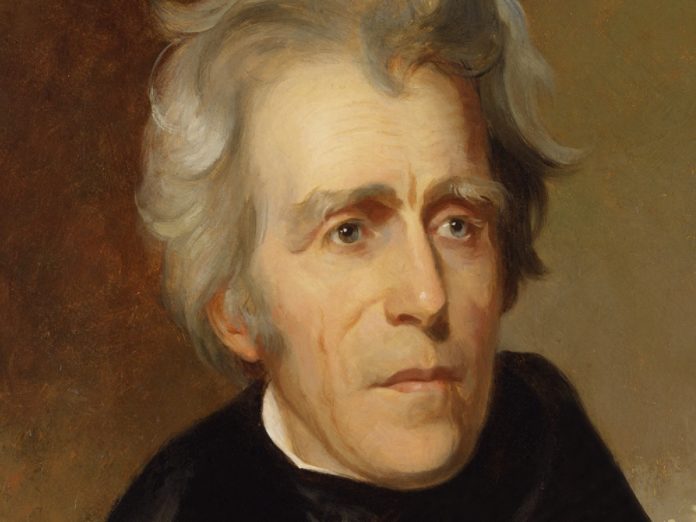 President Donald J. Trump is slated to lay a wreath at the gravesite of Andrew Jackson in honor of the late president’s 250th birthday, White House Spokesman Sean Spicer said during a press conference on March 14. Spicer said Trump will visit The Hermitage, Jackson’s home and burial place, in Nashville, Tennessee, during his visit there on March 15, Time.com reported.

While Trump reveres Andrew Jackson, once calling him “an amazing figure in American history — very unique so many ways,” Native Americans, however, consider the late president a villain directly responsible for the death of thousands of Cherokee during the forced march remembered as the Trail of Tears. Jackson’s Indian Removal Act of 1830 aggressively pushed Native Americans off their ancestral lands, which Jackson stole and purchased for plantation use. His documented hostility and hatred of Native Americans earned Jackson the names “Indian Killer” and “Sharp Knife.”

“The Cherokee were rounded up in the summer of 1838 and loaded onto boats that traveled the Tennessee, Ohio, Mississippi and Arkansas Rivers into Indian Territory. Many were held in prison camps awaiting their fate,” the Cherokee Nation wrote on its website.

In April, it was announced that former slave Harriett Tubman would replace Jackson as the face of the $20 bill. Tubman, who died at age 91, led hundreds of slaves to freedom along the Underground Railroad route. Jackson’s face is slated to move to the back of the new $20 note, CNN Money reported.

Andrew Jackson isn’t the only former president with a noted disdain for Native Americans. George Washington, the former general of the Continental Army and first President of the United States, believed the most efficient way to kill Native Americans was to “ruin their crops,” and Thomas Jefferson, the author of the Declaration of Independence, said “(Native Americans have) justified (their own) extermination.”

Follow his inauguration as the 45th president, Trump hung a portrait of Jackson in the Oval Office.

Trump will be in Nashville to promote the Republican health care bill.

In Aftermath of Trump’s Win, We Are Witnessing More Than 1,000 Hate Crimes in...