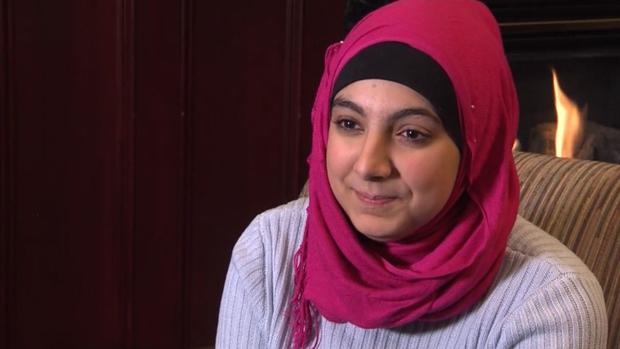 A bigot traveler who went on a prejudice rant at John F. Kennedy Airport earlier this year was indicted on Thursday on charges of unlawful imprisonment and aggravated assault for kicking and screaming at a Muslim Delta Airlines employee. Rhodes is also facing hate crime charges in the incident.

Robin Rhodes, 57, was returning to the U.S. after a trip to Aruba in January when he went on his horrific tirade against the Muslim female. According to Queens District Attorney Richard Brown, Rhodes came up to the office of the employee, who remains unidentified and started berating the individual, reported Q13 Fox.

“Are you [expletive] sleeping? Are you praying? What are you doing?”

Rhodes punched the door, which hit the back of the employee’s chair. The extremely tolerant employee asked Rhodes what she had done to him, to which he boldly replied, “You did nothing but I am going to kick your [expletive] ass,” a criminal complaint noted.

Rhodes then kicked the employee in the leg. When she attempted to flee, Rhodes trapped her and continued to terrorize her, kicking the door and stepping into her office, blocking her escape route.

Another unidentified individual attempted to calm Rhodes down and moved him away from the door. The employee managed to get out of the office to the lounge’s front desk. But Rhodes allegedly followed her, and even mocked her religion, apparently getting down on his knees and bowing down to imitate a Muslim praying.

“[Expletive] Islam, [expletive] ISIS, Trump is here now. He will get rid of all of you. You can ask Germany, Belgium and France about these kind of people. You will see what happens,” Rhodes yelled.

The victim reportedly suffered pain and redness in her right leg and was in fear of physical injury, annoyance and alarm, the charges note.

After the attack, New York Gov. Andrew Cuomo proposed the Transportation Worker Protection Act, which would make assault against an airport worker a felony punishable by up to seven years in prison.

The protection act is great for airport employees, but it ignores the terrorism felt be all other Muslims and other minorities in other professions.

Rhodes was released on $50,000 bond but was ordered to return to court in June. He faces up to four years in prison if convicted.

Something needs to be done about the huge increase in hate crimes (aka terrorism) against minorities since Trump began his rise to power. White terrorists need to have the same punishments as any other terrorist.  We must ask ourselves, if a Muslim terrorist did this to a white Christian woman, would he be facing the same charges? Or would his situation be much worse? 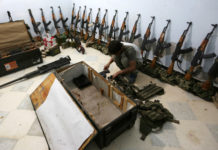 Cannabis Is An Exit Drug For Major Addictions, Not A Gateway To New Ones...

Dylann Roof Pleads for his Life as he Begs Court to Overturn Conviction and...

Government Approves Legislation To Kill Bear Cubs And Wolf Pups In Their Dens –...