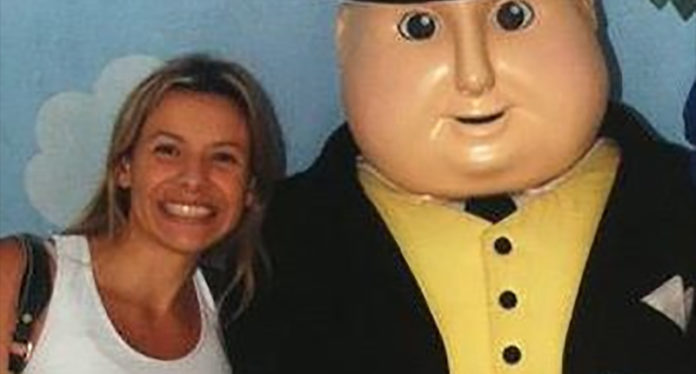 Over a spat regarding parking tickets, a Staten Islam chiropractor has been arrested and charged with harassing law enforcement workers for over a year, in addition to threatening an African-American child. The health care practitioner, someone who claims to be a healer- instead of abiding to the oath of “First- do no one harm” went on a violent tirade in a letter to a the mother of an African American child threatening to harm him by saying “Keep thinking he’s safe in school, but when the opportunity hits, it will with a bang. N****rs [sic] don’t belong in my neighborhood.”

Danielle Serini Guardavaccaro reportedly mailed letters to officers at the 120th Precinct, the New York Daily News revealed. One letter went to African-American NYPD Officer Ebony Glover and another to white crossing guard Jennifer Becker, whose child is black. In the letter to Becker, Guardavaccaro allegedly threatened and insulted the child.

“My next opportunity will be getting rid of you and that ugly ass n****r [sic] child of the crossing guard,” Guardavaccaro wrote to Glover. “Keep thinking he’s safe in school, but when the opportunity hits, it will with a bang. N****rs [sic] don’t belong in my neighborhood.”

The chiropractic office is located across from a public school where Becker serves as the crossing guard. Guardavaccaro has had an ongoing feud for the last year with Becker and subsequently with Glover, who supervises the crossing guards. Clients for the chiropractor have been ticketed and Guardavaccaro blames the two at the school for the tickets.

In June 2016, Becker was forced to get a protective order against Guardavaccaro, but it didn’t stop the harassment, it merely took it to mailed harassment. That’s when a box of Dum Dum lollipops arrived at Becker and Glover’s homes. She also allegedly threw the lollipops at Becker.

According to the New York Daily News, court documents show that Becker alleges Guardavaccaro called her a “f*cking c*nt” and gave her the finger. Guardavaccaro allegedly threw a lollipop that landed right in front of Becker Feb. 2016 and spat at her the following month.

In her latest letter, Guardavaccaro referred to the package she mailed.

“Enjoy the pops dum dum,” she purportedly wrote. “Don’t think for a moment I forgot about the so-called crossing guard that is never doing her job. In due time!”

Guardavaccaro has been charged with aggravated harassment, stalking, and violation of a protective order and is being held on a $3,500 bond after arraignment. Her attorney has vowed to fight the charges according to SILive.com.

Over the simple matter of parking tickets this chiropractor took it much too far. Now that she has shown her true bigoted colors here’s hoping that she and her business will pay the price for her actions. What do you think an appropriate consequence for this chiropractor be should she be found guilty? Do you think they should be as severe as the couple who went on a racist rampage at an 8 year-old birthday party and got a combined 19 year sentence?  Share your thoughts in the comments below.