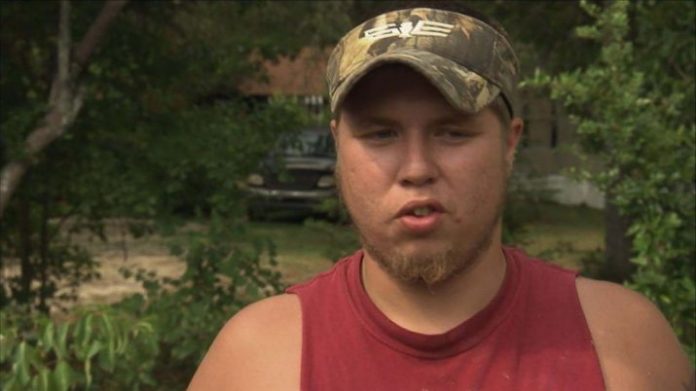 Dylan Roof shared the plans of his racist massacre at the historically black Emanuel AME Church in South Carolina with just one person. Joey Meek a friend of Dylan Roof, withheld his knowledge of the gruesome plans and lied to the FBI about his involvement and will now be facing the consequences of his actions. His non disclosure of the Roof’s plans was part in parcel to the deaths of 9 innocent churchgoers.

The same federal  judge who presided over Roof’s trial has concluded that as his punishment, Meek will be facing 27 month in prison.

As reported by ABC News:

Meek said Roof shared his plan to shoot blacks at the historic African-American church in Charleston during a night at Meek’s house where they drank vodka, snorted cocaine, smoked marijuana and played video games. Authorities said that was about a week before the June 17, 2015 killings.

Meek wasn’t prosecuted for not reporting Roof’s plans. Instead, federal prosecutors said he lied to the FBI by first denying Roof shared his plans and encouraged other friends he had told of Roof’s plot to not call authorities.

Meek had agreed to plead guilty and help prosecutors. But they never called him during Roof’s trial, in which Roof acted as his own lawyer for much of the proceedings and put up almost no defense.

Meek could have stopped the massacre, instead he decided to turn a blind eye. He used the excuse that he withheld this information because ” people say shocking and violent things every day”.

Then just before Meek was initially set to be sentenced last month, prosecutors asked for a stiffer sentence than guidelines recommended, seeking to make an example of him and reflect the seriousness of the crime that Meek could have stopped if he’d picked up the phone.

Meek’s lawyer, Deborah Barbier, said that was unfair. Meek has sent handwritten letters to the families of each victim apologizing and added that it hurts him every day when he thinks of what he could have stopped if he had alerted authorities.

Barbier also said the U.S. government shares the burden of not stopping Roof, by failing to finish a background check when he went to buy the gun used in the killings.

“This allegation ignores the Government’s own failures in allowing Roof to buy and possess a handgun with pending drug charge,” Barbier wrote, asking U.S. District Judge Richard Gergel not to give Meek a longer sentence than the guidelines call for.

Meek also is a product of his times where “we live in a society where people say shocking and violent things every day,” wrote Barbier, who included an exhibit cataloging some of the thousands of hostile messages on social media against then-President Barack Obama.

Meek and Roof, both 22, met in middle school after Roof’s mother asked him to be her son’s friend. They drifted apart after Roof moved away in high school, then reconnected months before the shooting when Roof told Meek on Facebook that he saw his old friend’s mugshot online.

Meek is certainly deserving of the consequences he is now facing. Many however, while many believe that the sentence should have been stiffer due to the seriousness of the matter, do you think that the punishment suits the crime? Would the outcome really have been different if Meek disclosed Roof’s gruesome plans? Share your thoughts with us in the comment section below.

Taiwan Becomes First Country in Asia to Ban the Eating of Cats and Dogs...

Cops Assault And Arrest Indianapolis Man For Working On His Car, Then Smash His...