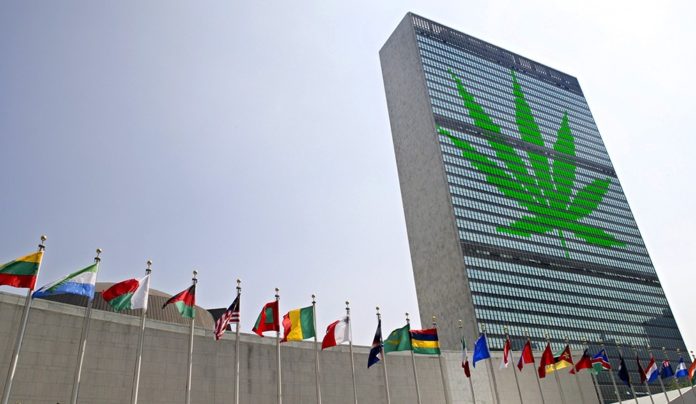 Leaders around the world have surged, in speaking about legalizing drugs.  The Global Commission on Drug Policy has released their annual report and stated that we must end both civil and criminal penalties for drug use and possession.

The war on drugs has failed, they say, causing more disruption than ever intended.  The number of drug users have increased by almost 20 per cent between 2006 and 2013, to 246 million people and, says the report, the prohibition of drugs has resulted in mass incarceration and executions in direct violation of international law.  The report also warns that a blanket prohibition drives human rights abuses by those who supply the drugs.

“After years of denouncing the dramatic effects of prohibition and the criminalisation of people that do no harm but use drugs on the society as a whole, it is time to highlight the benefits of well-designed and well-implemented people centered drug polices,” Former Swiss president Ruth Dreifuss, chair of the Global Commission on Drug Policy, said in a statement.

The panel is composed of a bevy of well known world leaders, including former UN secretary-general Kofi Annan, British businessman Richard Branson and the former presidents of Switzerland, Colombia, Mexico and Brazil.

Dreifuss continues.  “These innovative policies cannot exist as long as we do not discuss, honestly, the major policy error made in the past, which is the criminalisation of personal consumption or possession of illicit psychoactive substances in national laws.”

The report comes as some countries are executing severe punishments for indiscriminate amounts of drug possession.  The President of the Philippines, Rodrigo Duterte, for instance, is in the throes of a massive campaign in which he has called on the public to personally execute members of the drug trade.  More than 3,600 people were killed during Mr Duterte’s first 100 days in office.

Duterte has also claimed that  he “doesn’t give a shit about human rights.”  Without global intervention, the senseless slaughter could continue.