Home Corporations Over 800 Gallons Of Oil Spills Into The Mississippi River – Anti... 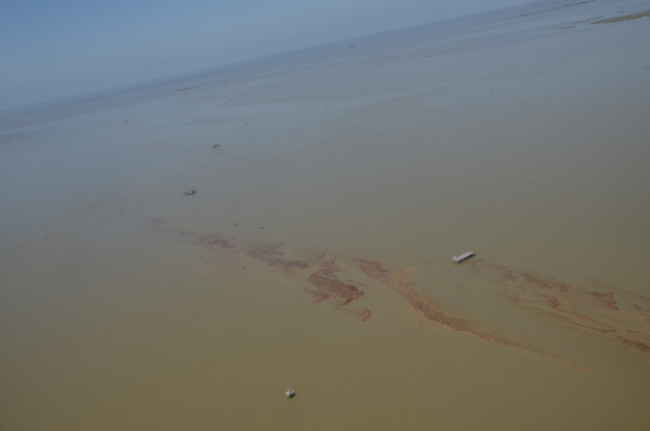 Not long after the DAPL protesters were forcibly removed from their protest camp, another oil spill has polluted a river.

The U.S. Coast Guard has responded to an oil spill off the coast of Venice, Louisiana in the lower Mississippi River region.

An estimated 840 gallons of crude oil spilled into the water from an abandoned wellhead near mile marker 10 in the Mississippi River. The wellhead is owned by Hilcorp Energy, reported WKRG News 5.

The oil spill was reported on Monday, March 20, and the Coast Guard arrived on scene Tuesday. So they were able to try to clean up and contain what did not flow away between Monday afternoon and Tuesday in the giant, fast moving river.

They used booms, sorbent materials, and skimming vessels to reduce the spread of oil and collect oil from the water’s surface.

Late Tuesday night, the source of the oil spill was secured, according to Hilcorp. The company contracted several agencies to conduct the response operations including CUDD Well Control, OMI Environment Solutions and Clean Gulf Associates according to WKRG.

Though it seems unlikely, WKRG also reported no wildlife has been affected by at least 840 gallons of oil spilling into the river.

The cause of the spill remains under investigation by the Coast Guard Sector New Orleans Incident Management Division.

Our government should have been listening to the DAPL protesters instead of just oil company investors.