Home News Bill To Audit The Fed Has Been Approved, Could Become Law –... 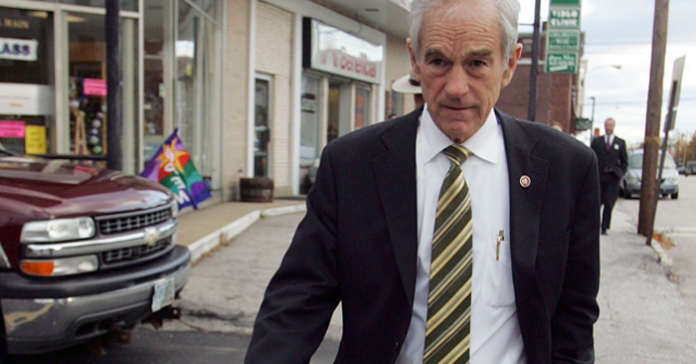 WASHINGTON, DC —Washington is on fire with news that the US House Committee lawmakers finally approved a bill to audit the Federal Reserve.

Legal analysts predict that the bill now has quite a strong chance of becoming law, which would create a watchdog program to audit the Fed.

Policymakers supporting the Fed are scrambling to oppose the bill before it can make it to the floor, and democrats as well as establishment republicans have vowed to stop it in its tracks.

“We should not in any way hinder [the Fed’s] independence,” said Representative Carolyn Maloney, a democrat from New York.

The next step in the process is for the bill to be voted on by the floor of the entire House.

Ron Paul is considered by many to be the Godfather of the bill, and his supporters have in the past called for the Federal Reserve to be completely abolished.

His son, Rand Paul, has continued the efforts.

President Trump has also repeatedly supported the idea of subjecting the Federal Reserve to audits.

The Federal Reserve is technically a private entity and would be more accurately described as a private central bank.

Democrats have uniformly pledged to oppose the bill as harshly as possible, claiming that it would create the possibility of “political interference” in the Fed.

The supporters of the bill suggest that the Fed is already politically biased, and should not be given the privilege of secrecy with so much power over markets.

President Trump was highly critical of the Federal Reserve during his campaign, stating that it manipulates interest rates and creates equities bubbles.

After several meetings with Rand Paul, it seems that the President views the Fed even more critically.

Now that the bill to audit the Fed has been approved, reining in its private agendas appears to stand a realistic chance of becoming law if analysts are correct.

JFK was the last president who came close to challenging the Federal Reserve.

Fish and Wildlife Are Considering A Horse Hunt On The Navajo Nation – Anti...