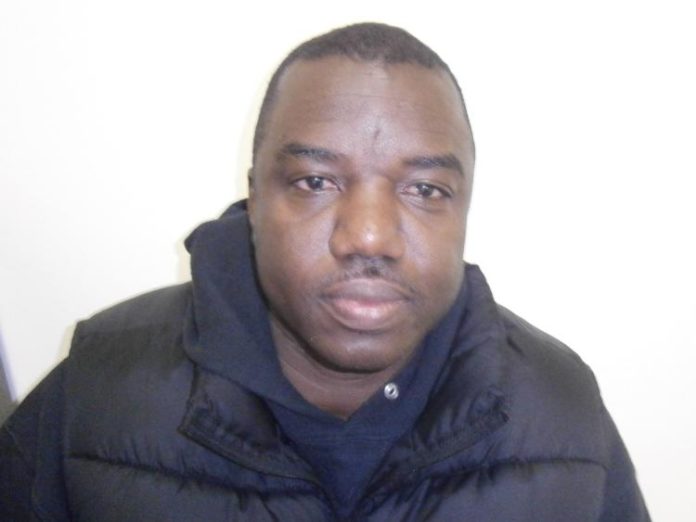 New York City Police Detective Robert Francis, 46, was in Rockville Centre police custody charged with public lewdness and endangering the welfare of a child after he was arrested him at 2:30 a.m. on Sunday, according to Pix 11.

His blue privilege allow him to be released on a desk appearance ticket, which means he did not have to post a bond and was freed from jail with a mere promise to appear in court at a later date to face the charges against him.

Francis’ arrest comes shortly after a rash of reports from several Rockville Center residents reporting a naked man trolling through back yards, knocking on windows then using a flashlight or forehead light to expose himself to children.

Callers reported the man was naked from the waist down. Police have not said whether he is linked to those previous incidents or specified how they determined the detective was the suspect reported.

According to reports, shortly after highlighting his lewd acts, the man described as being 5-foot-10 and weighing about 220 pounds, took off running.

Three incidents were reported in February between 8 and 9 p.m.

Detective Francis was located shortly after the call and arrested just a few blocks away from the scene.

Earlier this month, Charles Gennario, the Rockville Centre Police Commissioner, stated he believes reports of the man are connected.

“This is raising our level  of concern now,” Genneario said on Sunday.

NYPD confirmed Francis, who is employed by the 71st precinct in Brooklyn, has been suspended without pay.

Police are now trying to determine if Francis is the suspect callers described in previous reports and are looking into whether they can add more charges to the list of charges he now faces.

Francis is assigned to the 71st Precinct stationhouse in Crown Heights, Brooklyn. He has a wife and daughter and earns $9,832 per month, according to bankruptcy filings. Despite his rank, he was assigned to patrol, and he was not well-liked, a police source said.

Francis used to work in the NYPD’s Internal Affairs Bureau, but was moved out after officials determined he put in for 17 hours he didn’t work, the source said.

Anyone with information is urged to call the Rockville Centre Police Department at 516-766-1500.