Home Islamophobia Mother-Of-Three Guilty Of Terrorism Offence For Possibly Retweeting To Her 30 Followers... 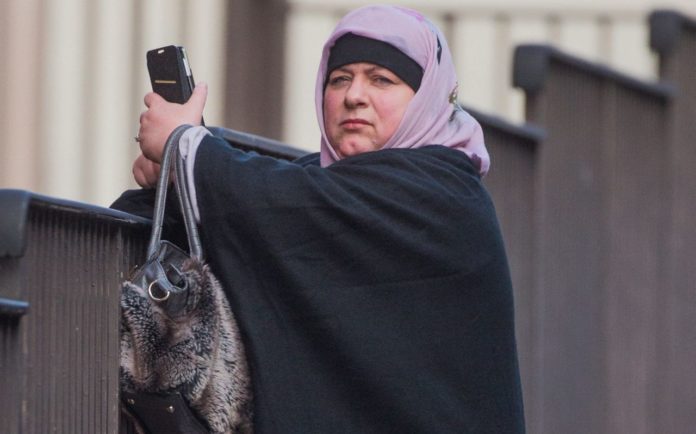 The punishment seems ridiculous for a 57 year old mother of 3 who possibly retweeted a speech by an ISIS leader.

She was found guilty of a terrorism offence after she allegedly retweeted a speech by an ISIS leader to her 30 followers, reported The Telegraph.

Mary Kaya,from Batley, West Yorkshire, had around 30 followers Twitter when the tweet went out with a link to an audio clip by Abu Bakr al-Baghdadi.

The Telegraph reported on the incident:

A jury at Leeds Crown Court found her guilty of distributing a terrorist publication likely to encourage people to participate in terrorism.

The court had heard that Kaya’s Twitter account was monitored after her husband was arrested during a raid by counter-terrorism police at a previous address in Dewsbury.

The account, named Justice and with the handle @GardenofGold, showed that the link to al-Baghdadi’s speech, Even If The Disbelievers Despise Such, was retweeted on November 13, 2014.

Handing her a suspended jail sentence yesterday, Recorder of Leeds, Judge Peter Collier QC, labelled the speech “a dreadful diatribe” but said that apart from the content of her Twitter account there was no evidence that Kaya held radical views or had tried to radicalize others.

She had attended the Prevent counter-terrorism program since April last year which she is said to have “thoroughly enjoyed” and there was a reasonable prospect of rehabilitation – if it had not already been achieved, said Judge Collier.

The judge concluded the level of culpability and harm was “low” and that she could not be classed as a dangerous offender.

He said: “There is no evidence put before me, apart from the content of your Twitter account, that indicates on your part any espousal or propagating of radical Islamist views.

“As for your family, friends and close community, the clear evidence is that there was no attempt to radicalise them. Not one of them suspected you of holding radical views.

“It does not seem to me that you present any danger to the public at all.”

He added that “it is apparent that over recent months you have co-operated with and have thoroughly enjoyed involvement with the Prevent programme”.

The judge said that each case stood on its own facts and that people who acted like Kaya would still be at risk of going to jail.

She will also be subject to a two-year supervision order and must observe a 7pm to 7am curfew for four months.

Even the judge admits she is not any danger to the public, so why is she being punished for something she is saying she did not even do?  Would a white supremacist have the same punishment in her situation?