Home Health Care How “Healthcare for the Rich” is Killing the Poor – Anti Media... 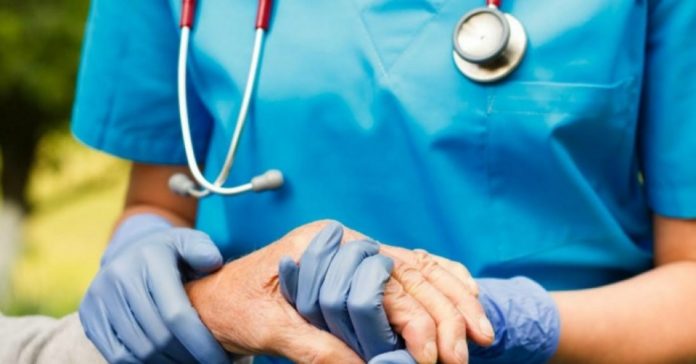 In his report, “This is how American health care kills people,” Ryan Cooper tells the heartbreaking story of 29-year-old Matthew Stewart, who required emergency surgery for hepatitis-induced liver damage, but learned that only about $10,000 of his $74,000 bill was covered by his “gold plan” insurance policy, partly because of out-of-network rules even in emergencies. Then, when his insurance provider decided to quit the insurance exchange, Matthew was left without a liver specialist, and he couldn’t obtain Medicaid because his state of Texas had refused the option to carry it. His alternative of declaring bankruptcy and leaving the state would be delayed by a lengthy legal process exacerbated by the physical and mental stress of his illness. But the hospitals kept sending their bills.

Evidence for the Financial Collapse of the Great Majority of Americans

The poorest 90% of Americans lost nearly $2 trillion in wealth in 2015-16, an average of $8,500 per adult. Every sector of society lost money except for the richest 1%, whose members gained an average of $1.5 million in that single year.

Wealth is down in part because income is down. Median household income is about $2,000 less than it was ten years ago.

There’s much more evidence for the decline of all sectors except the upper class. Almost three-quarters of American consumers die with debt. Anywhere from two-thirds to 80% lack the savings needed for unexpected expenses.

Pew Research recently found that major U.S. metropolitan areas experienced significant growth in upper-income and lower-income households since the year 2000, with a dramatic dropoff in-between. Two out of every five middle-income households, as reported by the New York Times, have dropped out of the middle-class income range, becoming either upper-income or lower-income. If WEALTH is considered rather than INCOME, it becomes evident that most of the middle class is heading DOWN rather than UP, because the total net worth (home and financial assets minus debt) of the richest adult in the bottom 70% of North Americans is only about $150,000 (Table 6-5).

And that ‘growing’ job market? A Princeton study concluded that a stunning 94 percent of the nine million new jobs created in the past decade were temporary or contract-based, rather than traditional full-time positions. There are a lot of high-tech jobs with six-figure salaries available today, but those jobs are out-of-reach for most of the new members of a swollen lower class.

A much-publicized study documents the early deaths of white Americans with less than a college degree. Many of them suffer “deaths of despair” – death by drugs, alcohol and suicide, attributed in part to a deterioration in economic well-being.

One out of every six Americans—the great majority of them white—has taken a psychiatric drug such as an antidepressant or sedative in the past year. Incredibly, a half-million of our children under the age of four are taking anxiety drugs.

The Centers for Disease Control reported that deaths involving opioid use have quadrupled since 1999. Drug overdoses now kill more people than gun homicides and automobile accidents combined. Drug overdoses killed more people in 2015 than HIV/AIDS at its 1995 peak. In some states, there are more painkiller prescriptions than there are people. And the painkiller plague is spreading into previously little-touched areas. According to a new study, “large suburban metro counties went from having the lowest to the highest rate of premature death due to drug overdose within the past decade.”

Americans are also dying from alcoholism at a record rate. Suicide is at its highest level in 30 years.

But despite the surge in mental health problems, especially among young people, mental health budgets have been continually and recklessly CUT, leaving many mentally ill people in jails—or morgues—rather than in psychiatric hospitals.

The president and his Republicans could further sabotage the healthcare program they hate, despite the damage such an action would inflict on millions of vulnerable people. Possibly they will reduce federal cost-sharing, thus jeopardizing the healthcare of over 6 million people. Possibly they will cut Medicaid in some manner. Medicaid, which serves more people than Medicare. The New England Journal of Medicine published the life-saving effects of Medicaid, estimated to be nearly 44,000 lives per year. The Centers for Disease Control builds on this, challenging the Republican-favored block grants that would hinder cooperation among federal and state and local health specialists.

According to an analysis by the Center on Budget and Policy Priorities, the Republican healthcare plan, had it passed, would have paid more in tax cuts to the richest 400 Americans than it would have paid in health insurance tax credits for 813,000 low-income Americans.

Depriving vulnerable people of healthcare is disturbingly reminiscent of the Nazi-era “Lebensunwertes Leben”—Life Unworthy Of Life, based on certain groups being a drain on resources, and thus disposable to the people in power. It’s a harsh interpretation of a troubled time in America. But it’s an apt description of reality. Healthcare is a human right, not just a privilege for those with money. The merciless attacks on low-income healthcare programs effectively condemn thousands of people to an early death.

GA Student Says He Feared For His Life During Traffic Stop Where Cops Assaulted...

This Military Veteran Was Found NOT GUILTY After Threatening Cops With a Gun for...