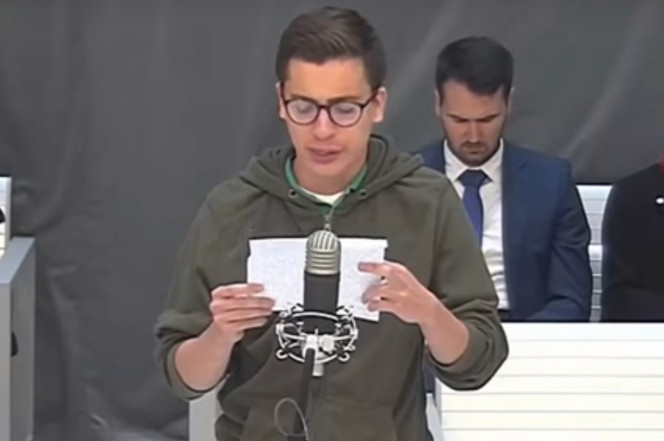 In a case that activists said exemplified the widespread impunity afforded to the children of wealthy and powerful families in Mexico, a 21-year-old man who reportedly “vaginally penetrated” a 17-year-old girl with his fingers has been found not guilty of sexual assault because he “didn’t enjoy it.” On Wednesday, judicial authorities in Mexico suspended the judge over the ruling, according to The NY  Post.

Diego Cruz and three other rich young men who allegedly called themselves “Los Porkys” had stood accused of gang-raping a 17-year-old after a New Year’s party on January 1, 2015. The girl said that she was assaulted by the men, who had been classmates with her at an elite private school in Southern Veracruz, after she got into a car with them after the party. Shortly before being charged in April 2016, Cruz fled to Spain. He was eventually extradited to face trial in his home country.

The Post reported Judge Anuar González ruled that the boy was cleared of wrongdoing — although Cruz had molested the girl’s breasts and vagina with his fingers, the judge determined, he was not guilty of assault because he had not done so with “carnal intent.”

“He sexually touched her, he vaginally penetrated her, but because he didn’t enjoy it, it’s not sexual abuse?” said Estefanía Vela Barba, a women’s rights activist. “Since there was no pleasure in the act, it was intended to cause humiliation. They were touching her, they were bothering her, so for the judge, if the intention wasn’t pleasure, it’s not sexual assault.”

The victim condemned the ruling on Facebook, arguing that she was being blamed for being raped.

“I have nothing to repent,” she wrote. “I’ve gone drinking. I’ve gone to parties. I’ve worn short skirts like many girls my age … and for that I’m going to be judged? For that I deserved what happened?”

Mexico’s federal judiciary council said that the judge may also be investigated over the ruling, and Cruz will remain in custody while the ruling is appealed.

Cops in No Hurry to Help Woman and Her Kids When Another Cop Threatens...