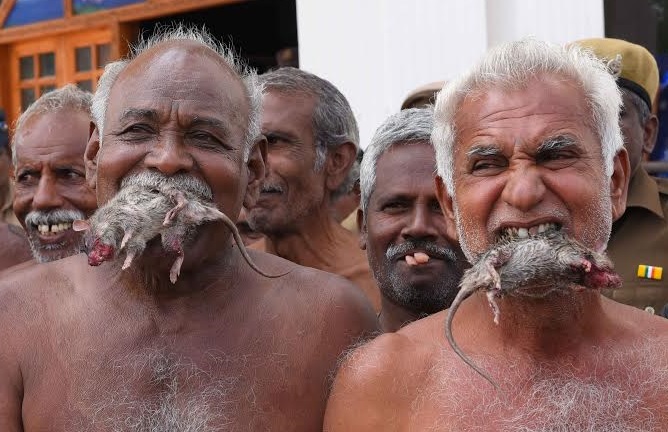 These poor, starving Indian farmers are eating rats to show the difficulties they are having with the current drought and debt levels.

They displayed the skulls of fellow farmers, believed to have committed suicide, and placed rats in their mouths at a protest on Monday to attempt to convince Prime Minister Narendra Modi to save them from starvation, according to Reuters. 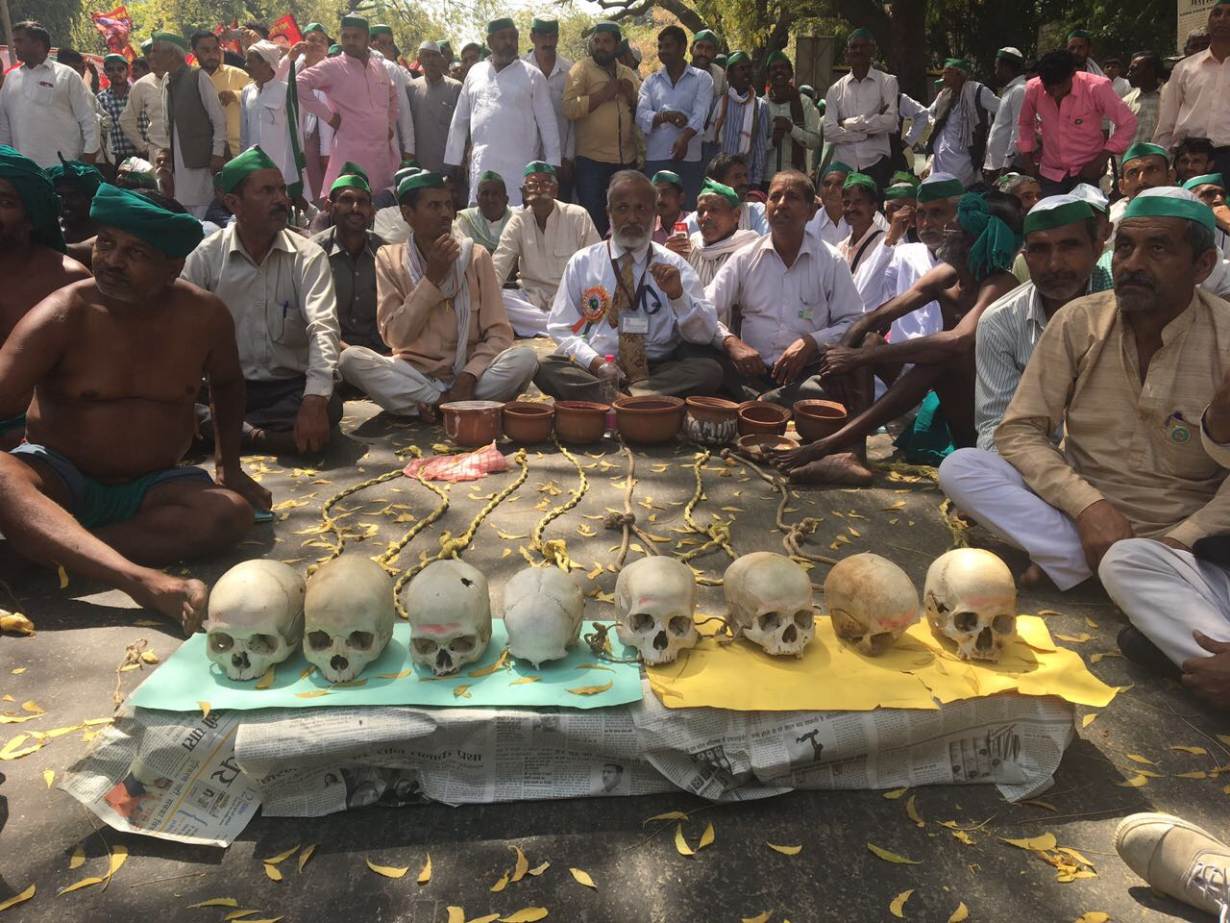 The farmers say lack of rains over the last year have led to crop failure, forcing many to take loans from banks and moneylenders just to survive.

“These skulls are all that remains of our brothers who killed themselves because they could not repay their debts,” said P. Ayyakannu, president of South Indian Rivers Linking Farmers Association, sitting by a row of eight human skulls.

“It has come to the stage where hundreds of farmers are committing suicide due to the pressure of not being able to repay these loans, yet our prime minister is doing very little. We are here to demand Modi help us and write-off these debts.”

Tens of thousands of Indian farmers have killed themselves over the last decade – by drinking pesticides or hanging themselves from trees – as unseasonal rains and drought combined with lower global commodity prices have hurt farm incomes, reported Reuters.

More than 12,600 farmers and agricultural laborers committed suicide in 2015 alone – making up almost 10 percent of all suicides in India, according to the National Crime Records Bureau (NCRB). Almost 60 percent of the suicides were caused by bankruptcy and indebtedness or farming-related issues, said the NCRB and almost three-quarters of victims were farmers cultivating land plots of less than two hectares (five acres).

Since sweeping to power almost three years ago, Modi has introduced a national crop damage insurance scheme, promised to improve irrigation and input subsidies to farmers if one-third of their crop is damaged. But farmers’ unions say the implementation of these measures has been slow.

In the searing midday heat, over 100 farmers dressed in green turbans and loincloths sat bare-chested on the roadside. They chanted slogans and shared stories of watching their rice and cotton crops wither away, and spoke of borrowing money to pay their children’s school fees, buy food and even to repay existing debts. Some held up large white rats and placed the squirming rodents between their teeth — saying they would be forced to eat them in order to avoid starvation.

“This is not just about the farmers in Tamil Nadu, but about farmers all over India. We are all facing the same problems,” said Rakesh Tikait, president of the Bhartiya Kisan Union, a union representing thousands of farmers in northern India.

This is a massive failure by the leadership of India.  People should not be in such a bad position that they kill themselves because of debt. Finding a way to help them succeed would be a much better solution that letting them die.