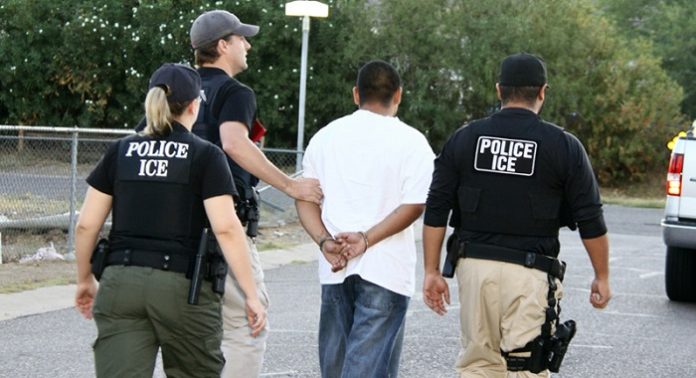 A story last week highlights the fact that undocumented people in America aren’t the only ones affected by Donald Trump’s immigration crackdown.

On Friday, The Daily Beast reported that a U.S. citizen is suing Immigration and Customs Enforcement (ICE) after being wrongfully held for nearly three weeks.

Rony Chavez Aguilar, who emigrated from Guatemala in 1991 and became a naturalized citizen in 2001, says during his incarceration he never saw a judge and was never even told why he was being detained.

According to Aguilar’s attorney, Charles Roth, who spoke to The Daily Beast, Aguilar was originally arrested in Chicago on drug charges. After spending two weeks in jail, he thought he had been released.

Instead, ICE agents, suspecting he was an undocumented immigrant, showed up and hauled him down to an ICE facility in Kentucky where other detainees face deportation. That was March 7.

“He said, ‘Hey, I’m a citizen!’” Roth claims. “And basically they said, ‘Tell it to the judge.’” The judge Aguilar was never allowed to see.

On March 27, Roth filed a suit against ICE on the grounds that it was violating his client’s constitutional rights. The suit alleges, among other things, that ICE violated Aguilar’s due process by never explaining to him why he was being held.

Aguilar was released from detention hours after the suit was filed.

Roth says his client’s case is far from uncommon, and he hopes to bring other victims in on the lawsuit. For instance, an NPR investigation last December found that between 2007 and 2015, nearly 700 U.S. citizens were thrown in jail illegally at the request of ICE agents.