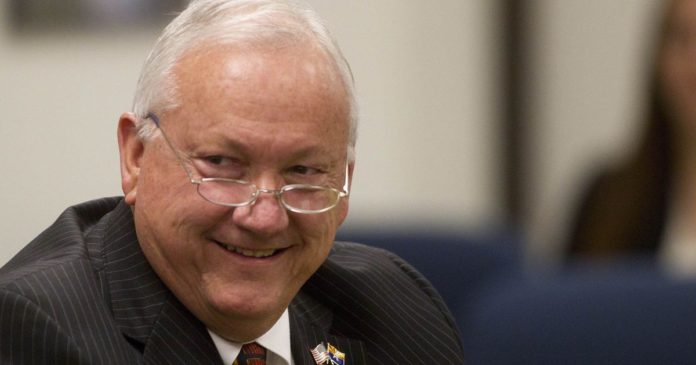 Several days later, commenting on his statement which caused widespread public outrage, Pearce stuck by his position, saying he didn’t understand  “what all the fuss was about,” adding “I was holding back pretty hard when I said what I did.” Asked to elaborate to see how far he would go, the former lawmaker argued, “Finding employment as a condition for having children, using alcohol and drugs is not even half of it. Right now our biggest problem are food stamps and that’s the part of the story nobody seems to want to deal with.”

“A lot of lazy people seem to have mistaken the government for a charity. That’s not how things were meant to work,” Pearce said. “And food stamps are draining the budget faster than it takes a drunkard to kill a bottle of whiskey. And this is not the case with Arizona alone, this is going on nationwide. We need to put this under control or else we’re looking at bankruptcy. And everybody is making jokes about it instead of trying to find a solution. Well, I have.”

Pearce then went on to explain how “we need to limit food stamp access to women who have been sterilized,” and how “that’s the only way of separating the ones who are willing to work for food from those who aren’t.” Asked whether that means women will, effectively, be made to give up the prospect of having children in the future simply because of the fact that they’re poor, the former state senator replied, “In order to be able to feed a baby, you first need to be able to feed yourself. That’s a pre-requisite in this case. What can I say, there’s no such thing as a free lunch.”

“Bottom line – if you want food stamps, you’re going to have to be sterilized,” Pearce summarized his proposition. “Of course, there’s also another aspect to this, perhaps even a more obvious one. If you’re already poor enough to be looking for food stamps, that means you’re incapable of being successful in our society for whatever reason. And if you’re unfit to be productive, and this might sound a bit harsh, but the fact to the matter is, we don’t need those kind of genes. We don’t need any more lazy people, so it’s actually a good thing you’ll have to be sterilized. Look, think of it in terms of being able to have all the unprotected sex you want without having to worry about pregnancy ever again. I’m telling you, it’ll be a hoot,” he concluded.