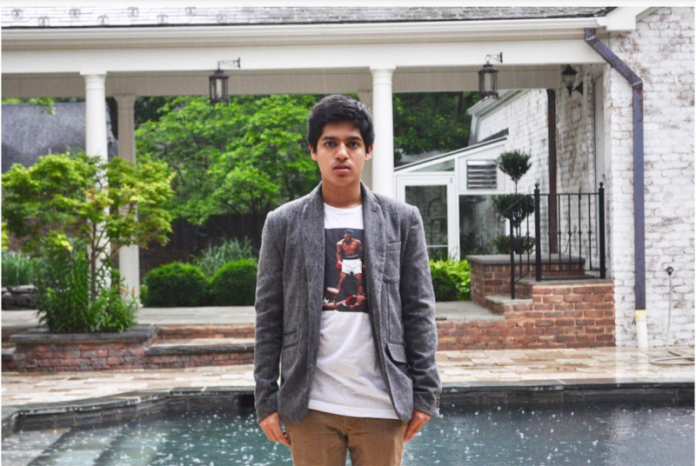 When filling out his Stanford University application, this New Jersey teenager knew exactly how he wanted to answer the question “What matters to you, and why?” The one thing that came to mind immediately was: #BlackLivesMatter.

Ziad Ahmed wrote the hashtag #BlackLivesMatter 100 times, and that one act of activism paid off. According to Mic, Ahmed received his letter of acceptance from Stanford on Friday.

Ahmed, who is a senior at Princeton (N.J.) Day School, said in an email to Mic: “I was actually stunned when I opened the update and saw that I was admitted. I didn’t think I would get admitted to Stanford at all, but it’s quite refreshing to see that they view my unapologetic activism as an asset rather than a liability.”

I submitted this answer in my @Stanford application, & yesterday, I was admitted…#BlackLivesMatter pic.twitter.com/R5YxM77bWL

The tweet has over 7,000 likes and has been retweeted more than 3500 times, including by some high-level RTs by Campaign Zero co-founders Brittany Packnett and Samuel Sinyangwe, as well as Palestinian-American-Muslim activist Linda Sarsour.

Ahmed said his “unapologetic progressivism” is a central part of his identity, and he wanted that represented in his application.

He said that his Islamic faith and his commitment to justice are intertwined, and he would not be a good Muslim if he turned a blind eye to the injustices the black community faces on a daily basis.

“To me, to be Muslim is to be a BLM ally, and I honestly can’t imagine it being any other way for me,” Ahmed said. “Furthermore, it’s critical to realize that one-fourth to one-third of the Muslim community in America are black … and to separate justice for Muslims from justices for the black community is to erase the realities of the plurality of our community.”

He’s also founded two youth organizations and delivered a TEDxTalk about the dangers and impact of stereotypes from his perspective as a Muslim teen.

He seems to have a bright future in front of him and we look forward to seeing more about his activism.  Keep up the great works Ahmed!