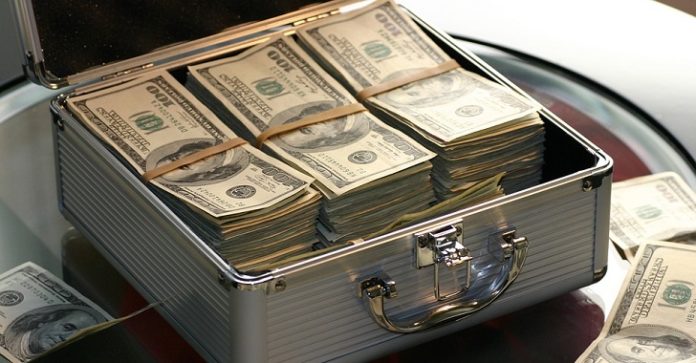 The DEA seems to be stealing more money than all burglars combined, and they are calling it a “war on drugs”. The war on drugs is not about getting drugs off the street and keeping people safe from the dangers of drugs. Like many other things, its about the money. The Washington Post recently reported on a Justice Department report that calls out the DEA on their activities.

The Drug Enforcement Administration takes billions of dollars in cash from people who are never charged with criminal activity, according to a report issued today by the Justice Department’s Inspector General.

Since 2007, the report found, the DEA has seized more than $4 billion in cash from people suspected of involvement with the drug trade. But 81 percent of those seizures, totaling $3.2 billion, were conducted administratively, meaning no civil or criminal charges were brought against the owners of the cash and no judicial review of the seizures ever occurred.

That total does not include the dollar value of other seized assets, like cars, homes, electronics and clothing.

These seizures are all legal under the controversial practice of civil asset forfeiture, which allows authorities to take cash, contraband and property from people suspected of crime. But the practice does not require authorities to obtain a criminal conviction, and it allows departments to keep seized cash and property for themselves unless individuals successfully challenge the forfeiture in court. Critics across the political spectrum say this creates a perverse profit motive, incentivizing police to seize goods not for the purpose of fighting crime, but for padding department budgets.

Law enforcement groups say the practice is a valuable tool for fighting criminal organizations, allowing them to seize drug profits and other ill-gotten goods. But the Inspector General’s report “raises serious concerns that maybe real purpose here is not to fight crime, but to seize and forfeit property,” said Darpana Sheth, senior attorney of the Institute for Justice, a civil liberties law form that has fought for forfeiture reform.

The Inspector General found that the Department of Justice “does not collect or evaluate the data necessary to know whether its seizures and forfeitures are effective, or the extent to which seizures present potential risks to civil liberties.”

In the absence of this information, the report examined 100 DEA cash seizures that occurred “without a court-issued warrant and without the presence of narcotics, the latter of which would provide strong evidence of related criminal behavior.”

Fewer than half of those seizures were related to a new or ongoing criminal investigation, or led to an arrest or prosecution, the Inspector General found.

The scope of asset forfeiture is staggering. Since 2007 the Department of Justice’s Asset Forfeiture Fund, which collects proceeds from seized cash and other property, has ballooned to $28 billion. In 2014 alone authorities seized $5 billion in cash and property from people — greater than the value of all documented losses to burglary that year.

This is literally “legal” theft and we are told it is OK because they have badges. We are supposed to just sit back, let them kick in doors even without warrants, and steal our neighbor’s money and assets. We cannot continue to allow them to steal from people, especially if they are not even charged with crimes. The drug war should have been dead a long time ago, it has proven itself to be a failure. These agents need to be held accountable for their grand theft.

Let us know what you think in the comments below!

Police In North Dakota Now Have Weaponized Drones, Because What Could Possibly Go Wrong?...