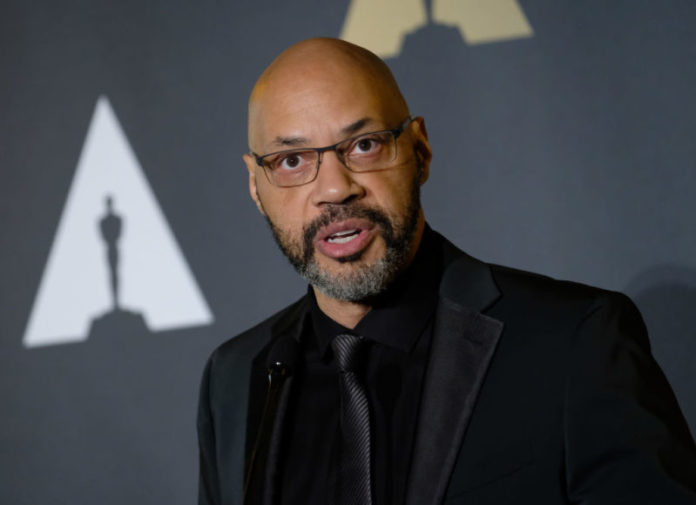 John Ridley’s upcoming Showtime series, Guerrilla, starring Idris Elba, Freida Pinto and Babou Ceesay, is supposed to be about black women during Britain’s black power movement. Strangely, at the center of the story is Pinto’s character, but she is not black.

“My parents were a part of that movement,” one audience member said. “I want to understand why you decided [to make] an Asian woman the main protagonist.

“I understand the contribution of Asians to this, but having an Asian protagonist making all the big decisions. Does that get explained in subsequent episodes? We can’t ignore that,” she continued.

Ridley responded that if “everyone understood racism, there would be no reason for the series.”

“If there are things that are difficult to understand, accept, rationalize, despite the fact that if you understand the struggles of that time period … those elements are not made up, those are real,” Ridley continued.

An audience member refused to accept that unsatisfactory response, according to The Root.

“I’m not sure you quite answered the question. Why are there no black women at the forefront of the struggle? That doesn’t necessarily accurately reflect what happened in the ’70s in the U.K.,” she stated.

“Wow, really? You know this because you read about it?” Ceesay asked.

“No, we know this because our parents were a part of it,” she responded.

It shouldn’t matter how the audience member learned about it, many people learn by reading.

“I said previously, I think the characters in this story are complicated across the board, so the concept that any one person is somehow better, or more elevated, or more appropriate than any other individual, I’m sorry, I don’t accept that,” Ridley said while on the verge of crying.

“I don’t want to make this overly personal, but part of why I chose to have a mixed-race couple at the center of this is that I’m in a mixed-race relationship,” he continued. “The things that are being said here, and how we are often received, is very equivalent to what’s going on right now. My wife is a fighter, my wife is an activist, and yet, because our races are different, there are a lot of things we have to still put up with.”

Can’t send the whole thing but here’s the second question that got the debate started at the #Guerrilla screening. pic.twitter.com/pYsoCVel4x

During the premiere of the film, Pinto went on to speak about why she got involved with the film and how it transcends race.

“What I understood after speaking to John was that black was not just the color of the skin. It was political blackness, the oppressors and the oppressed, they were from former colonies and India was one of them. When we talk about diversity, not just here but in America, I find it noninclusive when we don’t talk about the other people from other parts of the world, including the Asian population,” she said.

Maybe someone else should make a movie about Olive Morris (British Black Panthers), Stella Dadzie (Organisation of Women of African and Asian Descent) and activist Claudia Jones? The real women at the forefront of the black revolutionary movement in Britain, and not a made-up character who was included just because the director’s wife is Asian.

What do you think of Ridley’s decision not to use a black woman to play the leading female role in a series about Britain’s black power movement? Let us know in the comments below!

Bombshell Report Claims At Least 50 Trump Electors Are Illegitimate — And Should Not...