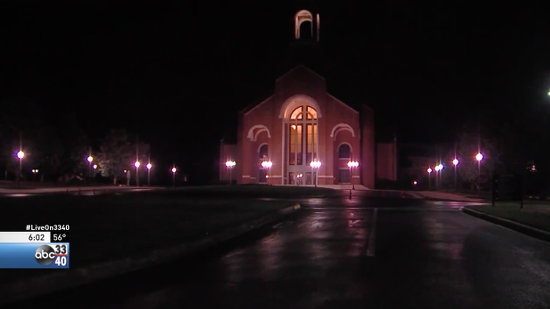 Earlier this year, we learned about an Alabama church that wanted permission from state legislators to operate their own police force. (So much for the power of prayer…)

The whole premise, though, raises so many questions.

Like why does a church need its own cops? They say it’s “a way to create a safer campus in a fallen world,” but there are a whole host of constitutional concerns.

Does the state have authority over this police force, especially if something goes wrong? If they do, are they getting entangled in a church matter?

If the police act unlawfully, despite the required training, who has the power to discipline them?

Can any religious institution demand its own police force?

Do the police have to sign statements of faith, pledging their agreement with the church/s beliefs?

Can citizens challenge what these cops do? Can they take them to court?

Why can’t the church, like every other organization, just ask for protection when needed?

As State Rep. Connie Rowe, a former police chief, said months ago, this church police force would have a lot of power.

You know this would never be getting a green light from Alabama politicians if it were a mosque asking to create the same sort of police force. But remember: In this country, Christians are always allowed to bend the rules in their favor.

The new governor, Kay Ivey, could make her mark by promising to veto this bill if it ever gets to her… but this is Alabama and she’s hardly a courageous politician. Don’t count on her to do the right thing.