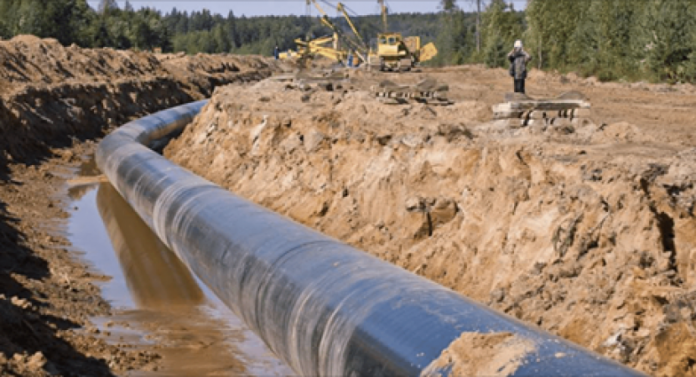 Not only do oil companies not have to report all their oil spills, even to the landowners, but also they apparently do not even have to share the risks of spills.

Despite massive nationwide protests over the Dakota Access Pipeline that will threaten the primary source of drinking water for the Standing Rock Sioux and over 10 million other people, a federal judge ruled that the pipeline’s developer, Energy Transfer Partners, can keep some information about spill risks secret from the public, reported The Associated Press.

The company already had a sketchy track record when it comes to safety, having thousands of spills in the last 6 years alone.

The ruling  allows ETP to keep information about spill risks at certain points along the pipeline secret from the public . The Standing Rock Sioux and Cheyenne River Sioux tribes argued that information about spill risks could potentially strengthen their case for more environmental review of the project, especially considering the legally required environmental impact study was not completed.

“The asserted interest in limiting intentionally inflicted harm outweighs the tribes’ generalized interests in public disclosure and scrutiny,” Boasberg said in his ruling.

The Obama administration temporarily halted construction of the pipeline in December, ordering the Army Corps of Engineers to conduct a more thorough environmental study of the risks associated with the pipeline. Of primary concern was the fact that the route of the pipeline was set to cross directly beneath the Missouri River, near the Standing Rock reservation’s primary source of drinking water. Any spill, the tribe argued, could threaten their access to clean water.

President Trump, with his personal investments in danger, quickly  reversed the Obama administration’s halt on the pipeline’s construction, using executive action to demand that the Army Corps of Engineers review and approve the pipeline “in an expedited manner.”

The Standing Rock Sioux and Cheyenne River Sioux tribes are still currently engaged in litigation against the pipeline, arguing that the Army Corps failed to conduct a thorough enough environmental study of the pipeline. They also argue that the government failed to take tribal concerns into account when approving the pipeline.

Wrongfully Convicted, Behind Bars For 20 Years, He Taught Himself Law, Got Released, A...

54 Years Ago, 4 Little Black Girls Were Killed When The KKK Bombed A...