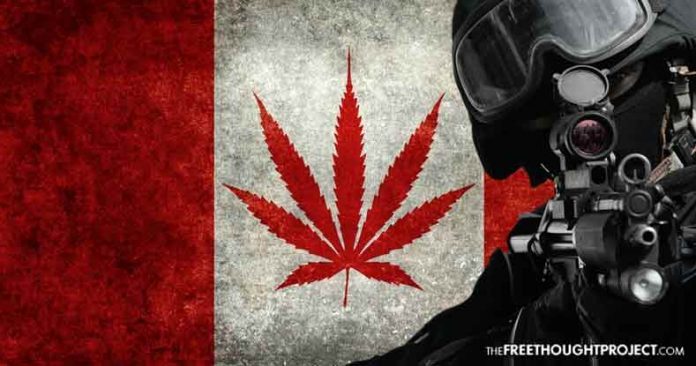 Canada’s recently unveiled cannabis legalization effort is generating plenty of discussion, largely due to the fact that it would be the second country in the world to allow “full” recreational use of the substance nationwide. While legalization will require approval from the Parliament, its passage is quite feasible because of a Liberal majority in the House of Commons. The overhaul appears as a monumental step forward in cannabis freedom, but there is no shortage of limitations, restrictions and penalties for those not in full compliance of the law.

The bill would allow adults 18 years of age and older to possess up to 30 grams, or a little over an ounce, of cannabis. Adults would also be allowed to grow up to four plants on their property for personal use. Most regulations regarding retail sales would be decided upon by individual provinces.

One positive aspect of this bill is that cannabis would be legalized throughout the entire country, unlike the United States with its varying state laws under continuous threat of the government which still deems cannabis illegal at the federal level. Canada would join Uruguay as the only other country in the world to broadly legalize the substance.

However, there are some hefty stipulations attached to this bill serving as a clear indication that the Canadian government’s war on drugs will remain in effect, as the bill would be “imposing serious criminal penalties for those operating outside the legal framework.” In their commitment to keep cannabis away from minors, cripple the black market and deter impaired driving, the Canadian government has plenty of penalties within this bill for users who sell to youth, drive under the influence of cannabis or attempt to distribute and sell marijuana without a license.

The penalty for selling cannabis to a minor ranges from a $15,000 fine and 18-month prison sentence to up to 14 years in jail, dependent upon the seriousness of the charge. Selling cannabis without a license also carries a prison sentence, ranging from 6 months to 14 years depending on the allegation. The government has gone a step further by aiming to prosecute people who have too much on their person or in their garden. Possession surpassing the allowed 30 grams, possession of flowering or budding plants in public, possession of “illicit” cannabis, and possession of more than four plants carry possible jail time as well: between six months and five years in prison and fines of up to $5,000 depending on the circumstances of the charges.

Three new drug-related offences will be also be created for drivers who have consumed drugs within two hours of driving. A driver who is found to have two nanograms but less than five nanograms of THC per millilitre of blood could face a maximum fine of up to $1,000 (THC is the primary psychoactive found in cannabis).

A driver who has a blood level of more than five nanograms of THC, or has been drinking alcohol and smoking pot at the same time, will face a fine and the possibility of jail time. In more serious cases, a drug-impaired driver could face up to 10 years if convicted.

The government did not specify which drug testing device it would recommend police use for enforcement, but other jurisdictions use the DrugWipe system, which can detect traces of cannabis, opiates, cocaine, amphetamine, methamphetamines (MDMA, ecstasy), benzodiazepines and ketamine.

While Canada’s law is a step forward in effectively allowing more people to access cannabis, the strings attached do little to increase overall freedom for users, and there will be a plethora of ways to imprison and fine users who stray from using cannabis within the provided authorizations; while some penalties are described as part of the goal to reduce impaired driving and protect youth, the Canadian government will essentially continue to put people in jail for cannabis offenses including “over-possession.”

The bill is aiming for implementation in the middle of 2018; while details will likely continue to be crafted, legalization in Canada will carry hefty restrictions unless significant changes are made to the proposed law.
By: Annabelle Bamforth From:  The Free Thought Project