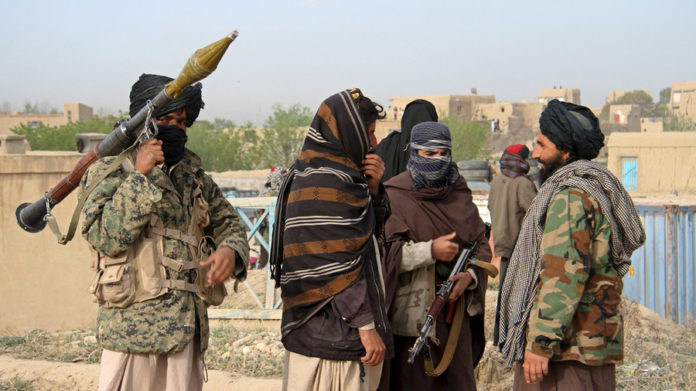 Just a few days after dropping the MOAB in Afghanistan, the U.S. State Department has refused to take part in peace talks, and blames Russia for their own childish actions.

Because the U.S. is obviously doing such a great job of making peace in Afghanistan, The State Department, insisted that they feel it is “not constructive” for Russia to be allowed to exert influence in Afghanistan.

“I think just to end it, we just felt that these talks – it was unclear to us what the purpose was,” US State Department spokesman Mark Toner said on Tuesday, in explaining the US’ absence.

“It seemed to be a unilateral Russian attempt to assert influence in the region that we felt wasn’t constructive at this time,” he noted.

Moscow responded by saying it “could not comprehend” the US’ reason for snubbing the gathering, reported RT.

Other country’s representatives attending the event reiterated their support for a peaceful transition in Afghanistan, while calling for Kabul to be supported in moving in that direction.

A new conference in Moscow aimed at discussing new ways to get peace talks going between Afghanistan and the Taliban insurgency has representatives from a lot of the regional powers, including Pakistan, China, India, Iran, and most of central Asia. Despite the US having a large number of ground troops in  Afghanistan, and having had them there for 16 years, there will be no American presence at the conference, reported Mint Press News.

That’s quite an aberration, because even though the US isn’t necessarily always on board for peace talks at any given time, they usually at least attend the talks. This move is in no small part reflective of the growing US-Russia tensions, and the US desire not to let Russia play any role in peace there.

MPN said Russia has made clear repeatedly that they want a resolution in Afghanistan that does not allow ISIS or any other radical faction with ambitions beyond the Afghan border establishing a foothold in the country and threatening the former Soviet countries in Central Asia, most of whom have defense pacts with Russia.

Do you think the U.S. should look for a new perspective for peace in Afghanistan? Or does the U.S. actually want peace there?  Let us know in the comments below!

School Cop Who Received Oral Sex From A Child Won’t Have To Register As...

Cop Found Not Guilty After He Jumped On Hood Of Car And Murdered Unarmed...