Home Health More Americans Than Ever Before Are Under Serious Psychological Distress, and Our... 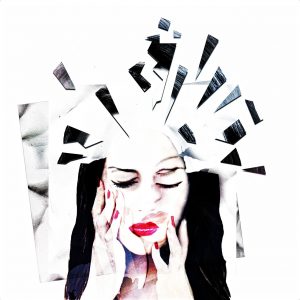 According to a study by the NYU Langone Medical Center, the number of Americans that suffer from serious psychological distress is at an all-time high.

In addition, the country’s ability to meet the growing demand for mental health services is eroding at a rapid rate due to several issues.

After analyzing the federal health data in the National Health Interview Survey, NYU researchers came to the conclusion that 3.4% of Americans suffer from SPD (serious psychological distress). SPD occurs when feelings of sadness and worthlessness impair one’s physical wellbeing. 3.4 percent of the U.S. adult population is more than 8,300,000 people. This is up from less than 3% in previous surveys.

The findings—believed to be the first analysis of its kind in more than a decade—were published online April 17 in the journal Psychiatric Services. More than 35,000 U.S. households, involving more than 200,000 Americans between the ages of 18 and 64, in all states and across all ethnic and socioeconomic groups, participate in the yearly survey.

Among the study’s other key findings is that, over the course of the surveys from 2006 to 2014, access to healthcare services deteriorated for people suffering from severe distress when compared to those who did not report SPD.

“Although our analysis does not give concrete reasons why mental health services are diminishing, it could be from shortages in professional help, increased costs of care not covered by insurance, the great recession, and other reasons worthy of further investigation,” says lead study investigator Judith Weissman, PhD, JD, a research manager in the Department of Medicine at NYU Langone.

Weissman says the situation appears to have worsened even though the 2008 Mental Health Parity and Addiction Equity Act and the 2010 Affordable Care Act (ACA) include provisions designed to help reduce insurance coverage disparities for people with mental health issues. She adds that the new report can serve as a baseline for evaluating the impact of the ACA and in identifying disparities in treating the mentally ill.

Comparing self-reported SPD symptoms across 9 years, the NYU Langone research team estimates that nearly 1 in 10 distressed Americans (9.5 percent) in 2014 still did not have health insurance that would give them access to a psychiatrist or counselor, a slight rise from 2006, when 9 percent lacked any insurance. About 10.5 percent in 2014 experienced delays in getting professional help due to insufficient mental health coverage, while 9.5 percent said they experienced such delays in 2006. And 9.9 percent could not afford to pay for their psychiatric medications in 2014, up from 8.7 percent in 2006.

“Based on our data, we estimate that millions of Americans have a level of emotional functioning that leads to lower quality of life and life expectancy,” says Dr. Weissman. “Our study may also help explain why the U.S. suicide rate is up to 43,000 people each year.”

She says her group’s next research report will detail how underdiagnosis of SPD impacts physician practices and encourages overuse of other healthcare services.

“Utilizing tools at the time of intake on all patients allows us to collect important data and devise strategies for care,” says Dr. Pegus. “Our study supports health policies designed to incorporate mental health services and screenings into every physician’s practice through the use of electronic medical records, and by providing training for all healthcare professionals, as well as the right resources for patients.”

Your thoughts on the report? Should America be focusing more on mental health?

During Heat Wave, Inmates at St. Louis Jail Without A/C Scream for Help –...