Seven years ago, there was an explosion at the Deepwater Horizon oil platform that killed 11 workers and caused the worst oil spill in U.S. history. It took 87 days to cap the well. During that time, approximately 3.19 million barrels of crude oil polluted the Gulf of Mexico. Many people saw some of the immediate impact of the spill, especially fishermen, but many were not expecting the ongoing reproductive problems and continued increased mortality rates this study has shown.

ABC News reported the spill had a huge impact on marine wildlife, including wild bottlenose dolphins living in Louisiana’s Barataria Bay. A study released by the National Oceanic and Atmospheric Administration (NOAA) in April 2016 noted that the spill may have led to historically high death rates and impaired reproductive health for the group of dolphins.

Pregnant dolphins showed an 80 percent reproductive failure rate, either because the fetuses were exposed to oil spill-related compounds or because the mothers’ health suffered from the exposure, according to NOAA Fisheries.

“In contrast to control populations, we found that Gulf of Mexico bottlenose dolphins were particularly susceptible to late term pregnancy failures, signs of fetal distress and development of in utero infections including brucellosis ,” said Dr. Kathleen Colegrove, Ph.D., the study’s lead author and veterinary pathology professor at the University of Illinois Chicago-based Zoological Pathology Program.

Scientists saw higher numbers of stranded stillborn and juvenile dolphins in the spill zone in 2011 than in other years, particularly in Mississippi and Alabama. “The young dolphins, which died in the womb or shortly after birth, were significantly smaller than those that stranded during previous years and in other geographic locations,” said Dr. Stephanie Venn-Watson, study co-author and veterinary epidemiologist from the National Marine Mammal Foundation.

The researchers report that 88 percent of the stillborn and juvenile dolphins found in the spill zone had abnormal lungs, including partially or completely collapsed lungs. That and their small size suggest that they died in the womb or very soon after birth – before their lungs had a chance to fully inflate. Only 15 percent of stillborn and juvenile dolphins  found in areas unaffected by the spill had this lung abnormality, the researchers said.

Kathleen Colegrove, a Veterinary Pathologist from University of Illinois who specializes in marine mammal pathology, remembered evaluating one dolphin, Y12, who was emaciated. The dolphin was found to have severe lung disease on a pulmonary ultrasound. She said it was “one of the most severe [pneumonia cases] I had ever seen.” The dolphin died less than seven months after its initial evaluation.

According to a report by the National Wildlife Federation, bottlenose dolphins along the U.S. gulf coast from the Florida panhandle to the Texas-Louisiana border had twice the historic death rates in 2014, but even higher where oil concentration was elevated.

“Places that received less oil did not have particularly elevated numbers of dolphin deaths in 2014,” the report said, “while dolphins in heavily oiled Louisiana were found dead at four times historic rates.”

The report added that this is the longest period of above-average death rates in more than two decades and was not attributed to other common causes of death like viruses or red tide.

Further study is being funded by the Gulf of Mexico Research Initiative (GoMRI), which was established through a $500 million financial commitment from BP following the spill. 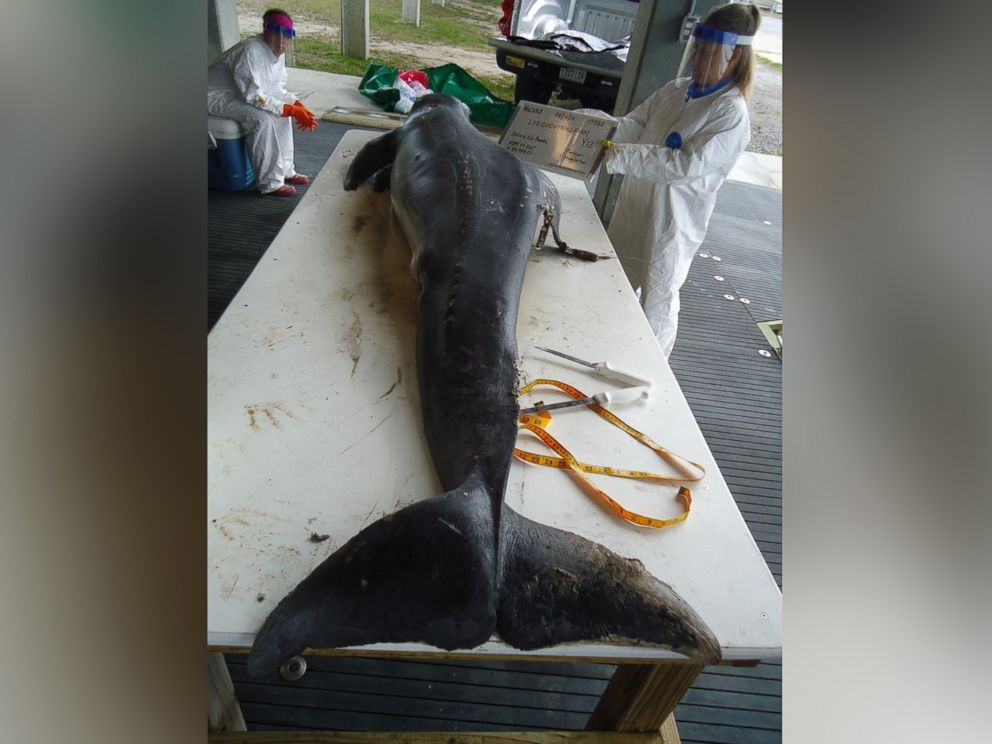 ‘We’re Gonna Kill All of You’ Woman Gets Fired After Threatening Muslim Women –...