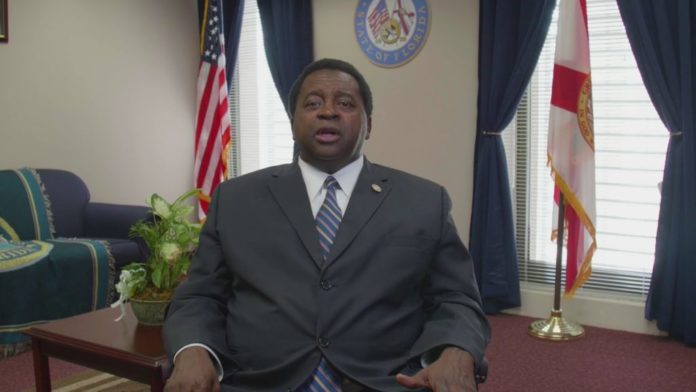 Earlier this week, Florida state senator Frank Artiles referred to Black colleagues as “ni—rs.”About the same time, reports emerged that a Black female state attorney had received a noose in the mail at her office in Orlando. Strangely, the timing of these events also coincided with FL apologizing for what it did to the “Groveland Four”, 4 men who were wrongfully convicted of rape, then tortured, imprisoned, and killed because they were black.

Perry E. Thurston Jr., a Florida state senator representing the 33rd district and a member of the Florida Black Legislative Caucus, was present during Artiles’s racist rant and confronted him about it, and now, in an Op-Ed for the Huffington Post, Thurston says it’s time to call out the racism in Florida politics.

“We have worked too hard and sacrificed too much to be treated like the help,” Thurston wrote.

Thurston says that Artiles has a long history of making racist, sexist, and inflammatory comments. But he is not the only racist Florida politician; last year, former Assistant State Attorney Ken Lewis referred to the people of Orlando as “third world miscreants and ghetto thugs.”

Thurston recalls Stan McCullars, an official with Seminole County, said that Aramis Ayala, the first Black woman elected as State Attorney, “should be tarred and feathered if not hung from a tree.”

“The blatant racism coming from Florida public officials rears its head in less obvious ways, as well. Currently, we’re watching Governor Rick Scott and the Florida State Legislature siphon power from Ayala, in an effort to bully her into agreeing with Scott’s political beliefs on the death penalty, noted Thurston. Rep. Scott Plakon seems so intent on blocking my vote for a replacement for our state statue of a Confederate general at the U.S. Capitol ― Black civil rights leader Mary McLeod Bethune ― that as chair of the committee he insists on Walt Disney, who never even lived in the state.”

Florida Politics reports that Ayala has been called a “stupid bitch” and “useless hood rat” in messages on Facebook, and a YouTube commenter said, “She should pick cotton for the rest of her life and be whipped.”

Senator Artiles resigned on Friday, and Thurston says that while that is a good thing, racist actions need to be addressed just as much as racist rhetoric.

“We are not asking for your respect,” Thurston writes. “We are demanding it.”

Parents Demand Justice After Unarmed Son Was Fatally Shot, Run Over by LAPD

For The ‘Safety of the officers and of the individuals’, Black Teens Detained And...