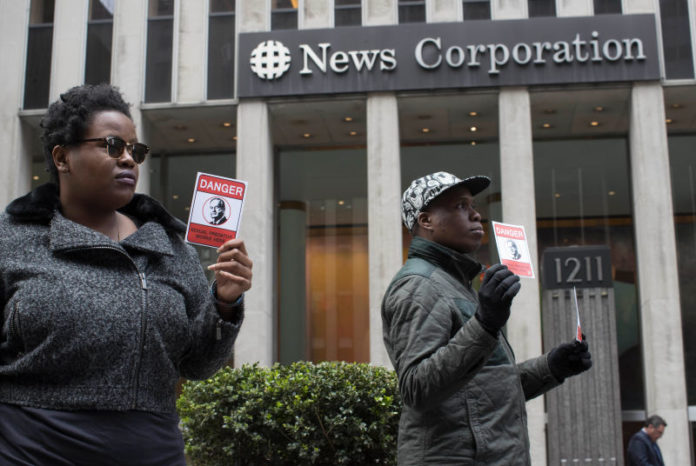 Fox News recently made headlines with Bill O’Reilly’s sexual harassment finally being exposed, but that is not the only dangerous thing about the work culture at Fox. Maybe they will finally be held accountable for the sexist, racist culture that is perpetuated by the corporation.

“Forcing a black woman employee to ‘fight’ for the amusement and pleasure of her white superiors is horrifying,” the letter states.

Slater no longer works for Fox News because of the lawsuit.

Fox’s accounting director, Tammy Efinger, is also implicated in the lawsuit. Lawyers say that Efinger bragged about wanting to “fight” a black employee that laughed at Slater when she spewed her racist comments.

A day before Fox announced the termination of Bill O’Reilly, a former black employee came forward to say that O’Reilly leered at her and made grunting noises when he passed her desk. He also referred to her as “hot chocolate.”

It is great to see Fox News being held accountable for their actions.  If you know anyone that has experienced a similar situation there, then please encourage them to speak up now!

Cops Trying To Kill A Dog, Kill Innocent Boy Who Tried To Save It...

LAPD Officer Charged With 3 Counts Of Murder After DUI Crash

St. Louis Police Have Declared an All-Out War on Protesters, Media and Even Themselves