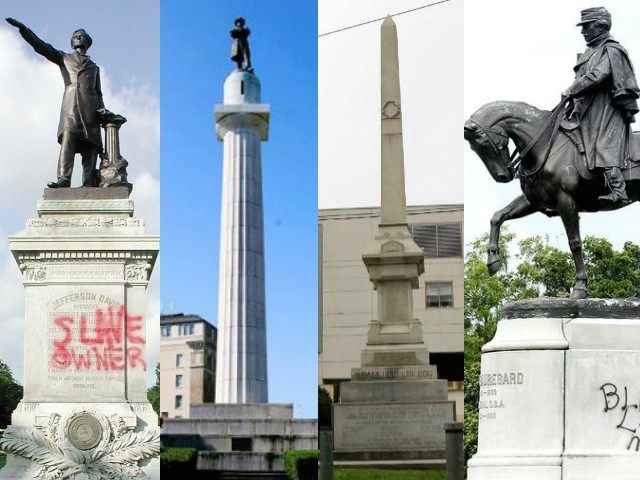 New Orleans has decided to remove several of the pro-racism confederate statues in the cigty. On Monday morning, city workers will begin to take down the statues while it is still dark to avoid fights with those who still want to pay homage to shrines that represent racism.

“There’s a better way to use the property these monuments are on and a way that better reflects who we are,” New Orleans Mayor Mitch Landrieu said according to the NY Post.

“All of what we will do in the next days will be designed to make sure that we protect everybody, that the workers are safe, the folks around the monuments are safe and that nobody gets hurt,” Landrieu continued.

The first statue that was removed was the Liberty Monument, an 1891 obelisk honoring the Crescent City White League, an organization started in 1874 to turn Republicans out of office and intimidate freedmen from voting and political organizing, which Landrieu said was the most offensive and “revere[d] white supremacy.” Other monuments slated for removal over the next several days include those of Gens. Robert E. Lee and P.G.T. Beauregard and Confederate States of America President Jefferson Davis.

Some people are challenging the removal of the monuments, suggesting racism, hate groups, and slavery are important parts of history.

Robert Bonner, 63, a Civil War re-enactor, said, “When you start removing the history of the city, you start losing money. You start losing where you came from and where you’ve been.” However, Landrieu doesn’t see it that way.

“The monuments are an aberration,” he said. “They’re actually a denial of our history and they were done in a time when people who still controlled the Confederacy were in charge of this city, and it only represents a four-year period in our 1,000-year march to where we are today.”

Why Do So Many Americans Have Islamophobia? – Anti Media News