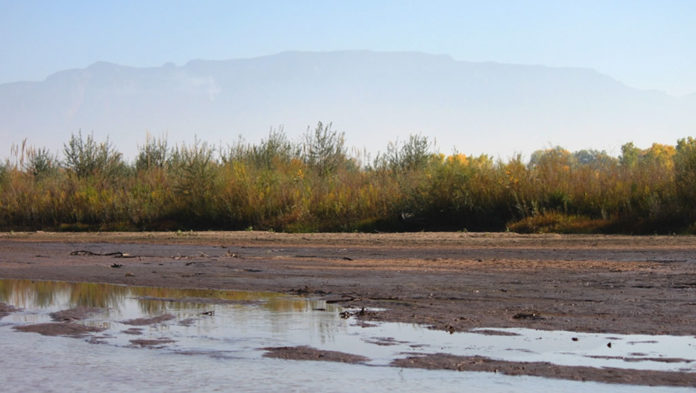 Sandia National Laboratory (SNL) and the New Mexico Environment Department (NMED) are trying to pull off what some people would call an environmental crime. SNL wants to leave high level nuclear, mixed waste in unlined pits and trenches in a dump that is contaminating our drinking water aquifer.  The Environment Department has expressed willingness to grant a certificate that no cleanup of the Mixed Waste Landfill is necessary. The high level wastes will remain dangerous for hundreds of thousands of years contaminating soil, air and water. These are among the most dangerous wastes on the planet – Plutonium, Americium, Depleted Uranium, Uranium-235, Mercury, Tritium, Beryllium, Sodium, TCE, PCBs and hundreds of other radionuclides, solvents and heavy metals.

High Level Waste that comes from irradiating nuclear fuel in a reactor is supposed to be contained in a deep geologic repository where it will remain safe for at least 10,000 years.  The Department of Energy, Sandia and the Environment Department know that they are breaking environmental laws and regulations by not keeping these wastes contained and safe for human health and the environment. It’s all about Lockheed Martin/Sandia and the Department of Energy saving and making money.

Sandia and the Environment Department have kept a big secret from the public.  For decades, Sandia and the Environment Department told the public that only low level radioactive mixed waste was put into the Mixed Waste Landfill (MWL).  It was a big lie. Radioactive waste in the dump is from the Nevada Test Site, the 1979 Three Mile Island meltdown, Kwajalein atomic bomb tests, Kirtland AFB and commercial nuclear reactor meltdown tests performed at Sandia.

The fresh and irradiated fuel for the meltdown experiments came from around the world.  The fuel was put into steel canisters and subjected to extreme temperatures that melted and puddled inside the canisters placed in the core of the ACRR reactor.  Some fuel was so hot that it vaporized and plated the inside of the canisters.  Some of the extremely radioactive canisters also contained highly corrosive metallic sodium and were placed into pits into the classified area of the MWL.  Some canisters were put into small diameter holes drilled into the bottom of the MWL trenches.  The canisters containing spent fuel and sodium can explode from corrosion that would allow moisture to enter the canister.  Wastes were dumped into trenches and pits in cardboard boxes, plastic bags, and drums that are breaking up and corroding in the dump.  Recent soil gas surveys show that volatile organic such as TCE and PCE have reached the groundwater.

Sandia was required by law to perform a 5-year review in 2010 for the feasibility of excavating these dangerous wastes.  But Sandia and the Environment Department cut a secret, closed door deal to postpone any excavation review for another 14 years.  While a lawsuit is pending about the delay, Sandia filed a Certification request, which the Environment Department intends to approve, so that Sandia will never to do any cleanup of the wastes.   The Environment Department knows further that the groundwater monitoring network at the dump has been defective at all times up to the present so that contamination isn’t detected.  (EPA Region 6 2007, EPA Inspector General 2012.)  The dirt cover is not protective for the millennia that the dump’s wastes will remain lethal.  (TechLaw, Inc. 2006)

ACTION ALERT: Protect our Aquifer and Demand Nuclear Clean Up

(1) Demand a public hearing on this matter.

(3)  NMED order Sandia to clean up and safely store the MWL waste.

For more information contact Dave McCoy with Citizen Action at www.radfreenm.org or call 505-262-1862

Facebook AIs Developed Their Own Language, Creators Shut It Down – Anti Media News

Former Kremlin Spy Claims Russia Has Been “Cultivating Trump For Over 5 Years” In...