Home Government Are You Mexican-American? Get Ready to Pay New Taxes Proposed by Sessions... 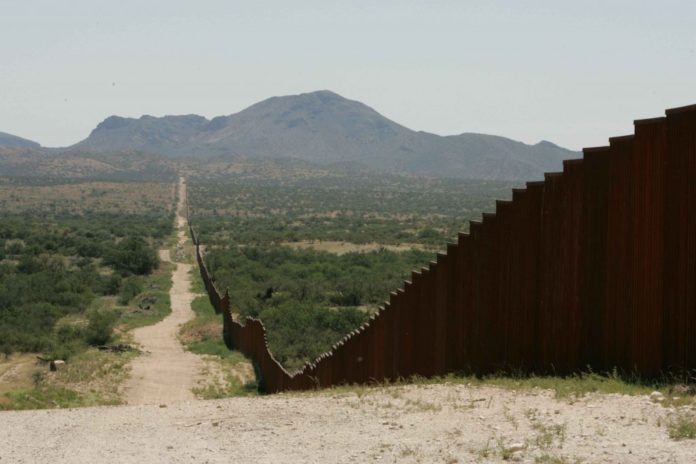 One of Trump’s biggest campaign promises was the building of the proposed border wall between Mexico and the United States. Trump made the racist and bigoted statements that Mexicans are rapists and criminals, garnering his presidential win by convincing many ignorant Americans to be scared of their immigrant neighbors and acquaintances. He alluded that the only solution to make America “safe again” would be a wall to keep migrants out at the cost of the Mexican people, and to the benefit of the American economy by way job creation for those hired to build the wall. However, that didn’t go over well with Mexico for obvious reasons, who have on more than one occasion explained that under no circumstance will they providing the funds to create the wall.  Now that it has been revealed that the only way Trump can pay to keep this campaign promise of the aforementioned border wall is actually making the American people pay for it (there really is not way around it) his Attorney General has come up with an alternative- make Mexican/American immigrants pay for the wall!

As reported by Chris Walker of Resistance Report:

President Donald Trump has insisted on getting Mexico to pay, eventually, for his proposed border wall. But just in case that doesn’t happen, his Attorney General may have come up with an alternative.

AG and Keebler elf lookalike Jeff Sessions is proposing that, if the U.S. is unable to get Mexico to pony-up the bill for the wall, we’ll simply get Mexican immigrants already here to pay for it.

Sessions told ABC’s George Stephanopoulos, “We’re going to get paid for it one way or the other. I know there’s $4 billion a year in excess payments, according to the Department of the Treasury’s own inspector general several years ago that are going to payments to people — tax credits that they shouldn’t get.”

But Sessions’s plan faces many problems. For starters, just a few sentences before Sessions suggested this idea, he also said that the Trump administration was going to “get people out of the country to these countries that aren’t taking them back after they’re due to be deported. It’s going to save us hundreds of millions, billions of dollars.”

If that’s the case, it’s likely that the supposed revenue stream that these supposed immigrants are receiving in tax credits will be cut dramatically.

But that’s only if you trust Sessions’s original premise that immigrants from Mexico are getting undue payments from the Treasury Department in the form of tax incentives. In fact, Politico notes that the report Sessions is citing doesn’t mention anything about the nationalities of people allegedly receiving the tax credits. Assuming that all or most of them are of Mexican heritage is a big guess.

Like much of Trump’s other campaign promises, his explanations of how he plans to execute his plan remains vague and ambiguous.

President Trump insisted during his campaign last year and throughout his short tenure as president thus far that Mexico will pay for the border wall. How and by what timeline that will occur, however, has been left ambiguous, as demonstrated in this tweet by Trump himself:

Eventually, but at a later date so we can get started early, Mexico will be paying, in some form, for the badly needed border wall.

Sean Spicer, I’ve said this to @realDonaldTrump and now I’ll tell you: Mexico is not going to pay for that fucking wall. #FuckingWall

What are your thoughts on making Mexican Americans who have nothing to do with Trump’s failed promises having to pay for the border wall to placate his bigoted supporters? Do you think Session’s sweeping generalization about Mexican Americans receiving erroneous tax credits is true? If you voted for Trump and truly that afraid of your neighbors to the South, would you be okay to be footing the bill? Share your thoughts in the comment section below.