Home News The DEA Might Label Yet Another Powerful Healing Plant As A Schedule... 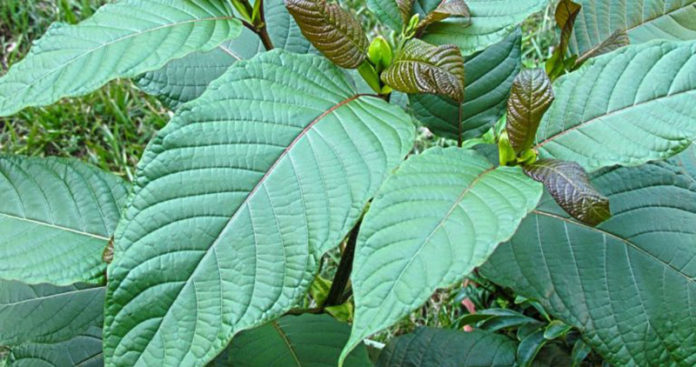 Fresh on the heels of the CDC labeling kratom as an emerging “public health threat,” the notoriously fascistic U.S. Drug Enforcement Agency has filed a notice of intent to not only list it as a controlled substance, but the DEA is planning to add it to the most restrictive classification possible.

Mitragyna speciosa, aka kratom, and its two primary constituents, mitragynine and 7-hydroxymitragynine could  be placed onto schedule 1 temporarily, although no official timeline has been announced.

Kratom is not an opiate but functions in a similar manner, i.e. attaching to activating opioid receptors. The substance has been shown to alleviate chronic pain and anxiety as well as aid in overcoming addiction despite its own “euphoric effects.”

Studies in mice have actually demonstrated impressive results in overcoming addiction to cocaine. Many kratom users have also sung the plant’s praises in regards to heroin addiction. Kratom users claim that the substance is an excellent substitute for prescription pain medication as well as the addiction that comes with prescribed opiates.

The DEA is making its move after a few states toyed with the idea of placing kratom on their own controlled substances lists statewide, but failing to do so after public outcry got in the way. Never known for its attention to democracy, individual liberty or individual choice, the DEA is simply doing on a national level what Big Pharma and Big Government couldn’t do on a state level.

It is absolutely astounding even for the DEA that kratom is now listed alongside heroin. According to the DEA, kratom, due to its schedule 1 classification, has no known medical use and a high abuse potential.

With the swipe of the pen, the DEA has driven in the final nail to what little credibility it had left … and that might be the only bright spot in the whole situation. On the other hand, it has doomed many Americans to live in pain and anxiety and force many more back into the arms of Big Pharma. Perhaps that is the whole reason for the DEA’s decision to begin with.

This article (DEA Adds Kratom to Schedule 1 List Alongside Heroin) can be republished under a Creative Commons license with attribution to Brandon Turbeville, source and Natural Blaze.com.

Cops Force K9 To Maul Innocent Man After Asking Them To Stay Out Of...

NJ Trooper Threatened Women with Arrest Unless They Gave Him Their Phone Numbers –...