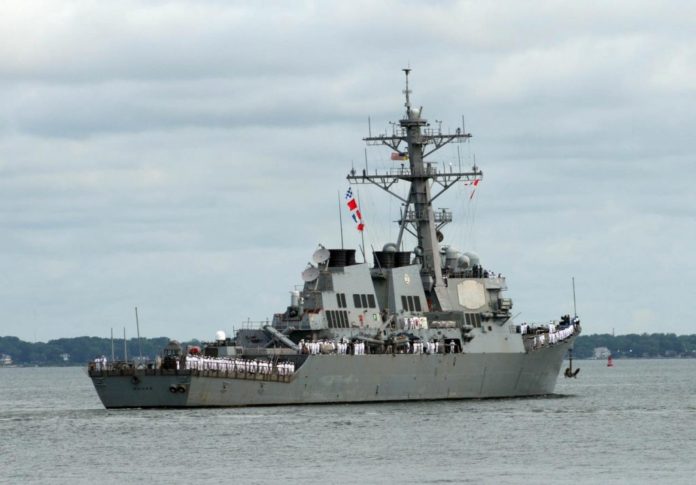 Antagonizing Syrian and North Korea just isn’t enough for military leaders, now they seem to be looking to start a fight with Iran as well.

US warships seem to have developed the bad habit of cruising around in the Persian Gulf just off the coast of Iran, and trying to provoke a fight. Recently, the USS Mahan decided to try to provoke an Iranian ship by firing a “warning flare” at it.

Officials did not say which Iranian ship was fired at, but saidit was 1,000 meters away from the USS Mahan. Officials say the Mahan repeatedly ordered the Iranian ship away , even though it was in Iranian waters, and fired the flare afterward to “determine the vessel’s intentions.”

Mint Press News reported President Trump has long played up the idea of using such an incident to pick a fight with Iran, saying he thinks the US should just blow up any Iranian ship they decide has gotten too close. The Iranian Foreign Ministry was a little more realistic about what actually happened.

Foreign Minister Javad Zarif issued a statement confirming that the Iranian Navy operates within “the Persian Gulf, not the Gulf of Mexico,” adding that he thinks the real question is what is the US Navy is doing 7,500 miles from home.

It’s unspoken, of course, but the US Navy is in the Persian Gulf specifically to threaten Iran, with ships deployed off the nation’s coast for years amid talks the US might attack Iran at some point.

Breaking: Our Navy operates in —yes, correct— the Persian Gulf, not the Gulf of Mexico. Question is what US Navy doing 7,500 miles from home pic.twitter.com/XfDicbWr5s

These are very interesting times. Not only has the US attacked Syria and sent warships to park on the doorstep to North Korea, but also they have now fired a “warning” at an Iranian ship. We very well could be starting WW3, if it hasn’t started already.