Home Government 8000 Flint Residents Threatened With Foreclosure For Refusing To Pay For Toxic... 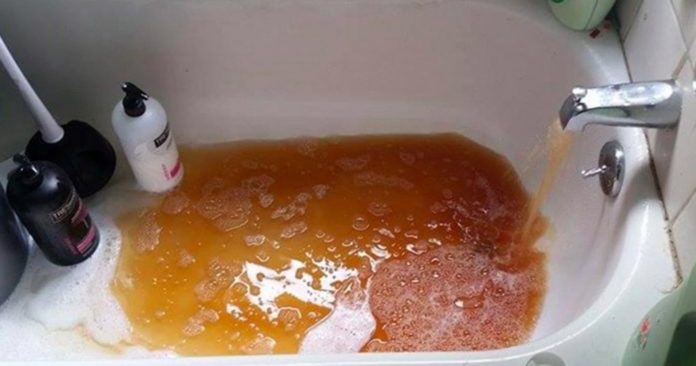 Over 8000 people, and their families, in Flint are in danger of losing their homes to foreclosure if they don’t pay their past due water bills, even though the water still has unsafe levels of lead.

After recently putting out shut-off notices the city is now back to threatening tax liens on people’s homes, reported NBC 25.

“I got scared, for probably the first time since this all started this actually scared me,” said Melissa Mays, a mother and water activist who lives in Flint.

After not paying their water bill for 6 months, Mays received the notice in the mail Friday stating that she must pay nearly $900 by May 19 to avoid a lien being placed on her property.

More than 8,000 people/families are also on the same notice for the same reason.

Mays is now going against her values in order to save her family home.  She is obviously opposed to paying for toxic water, but prefers that to being homeless.

“While I understand this is the way the law reads we are in a totally different situation,” said Mays.

City leaders say people should be paying for the water, even if it is contaminated with  unsafe levels of lead.

Mooney says the shut offs are already working in the city’s favor. Last month Flint brought in nearly $3 million for water.The previous month they only collected $2.1 million, according to the Fox video below.

Mooney hopes the 8,000 tax lien notices that went out with scare people into paying their water bills. It would bring in  about $6,000,000 for the city.

Skip Bayless: “If Black Players Unite & Refuse To Play Game 1, Something Will...

Russian IT Experts, Officials Charged With Treason, Accused Of Leaking Information To CIA –...