Home Corporations Agnico Eagle Only Fined $50K For Unreported Spill at Meadowbank Mine –... 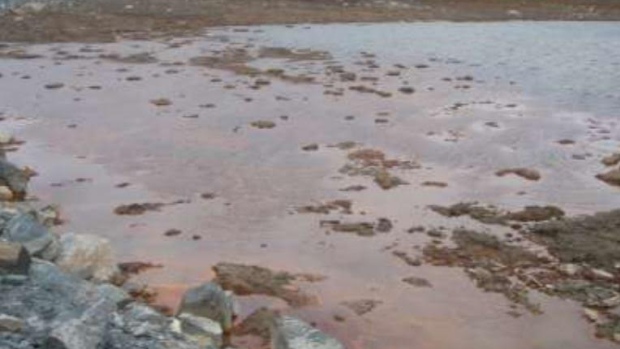 This oil company polluted a lake while pretending not to know the law about reporting oil spills. They caused the lake to have chronically acute toxic levels of metals, as well as cyanide, and ammonia.

Agnico Eagle Mines Limited has been fined $50,000 under the federal Fisheries Act for failing to report a spill at its Meadowbank site near Baker Lake, Nunavut, reported CBC.

According to an agreed statement of facts read in court on Monday in Iqaluit, the inspector noticed red-colored water and sediment in a lake that contained trout. The inspector also observed the same red-colored water in an adjacent waste rock storage sump, which had seeped through a gravel road and into the lake.

When spills happen, companies are legally required to report them to either an environment officer, or to call the Nunavut and N.W.T. spills line, but the company chose not to do that, they claimed they were ignorant of the law and thought it was enough that the INAC inspector was aware of the spill.

“There was a serious and imminent danger of the substance in [the sampling station] to seep and enter [the lake], known to be fish-bearing, and that such a detriment to fish or fish habitat is reasonably expected,” Crown prosecutor Sarah Bailey concluded, though Agnico Eagle disagreed with that particular finding.

“We acknowledge that Agnico believed they were compliant, however the concern of the Crown is Agnico Eagle’s own policy required the spill line be called, and that didn’t happen,” Bailey said.

The report noted “numerous metals in [the lake] are at concentrations which are associated with chronic acute toxicity.” It was unknown if the fish were adversely affected by the pollution.

The $50,000 fine was an agreed upon fine after about a year of negotiations.

Medical Examiner Says Death of Judge Sheila Abdus-Salaam Was a Suicide By Drowning –...