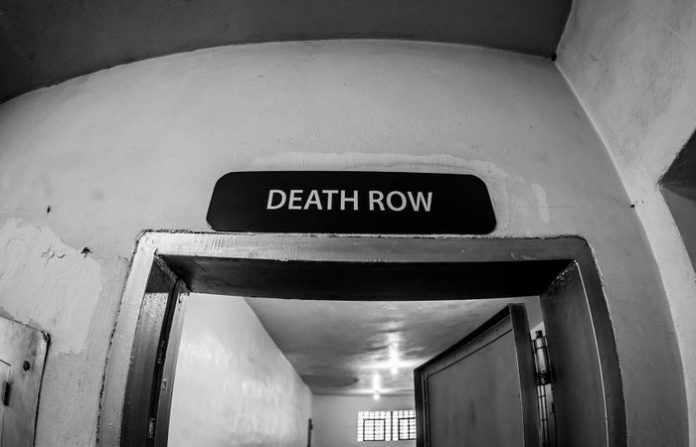 Abolish Abortion Florida – a Christian-run political group aimed at ending legal abortion in the United States – wants women who obtain abortions to be punished. That is, they believe any woman who obtains an abortion should receive the death penalty.

The push to kill women for exercising control and choice over their bodies follows similar (yet less deadly) calls earlier this year by GOP presidential candidate Donald Trump to punish women for abortion. His campaign’s newest advisor wants to ban abortion in all forms – even in cases of rape, incest, and when necessary to save the woman’s life.

Based on the GOP’s focus on abortion this election it should come as no surprise the next logical step for Christian conservatives is to literally kill the women who want to choose what happens to their bodies.

Basing their reasoning in the notion that abortion is actually murder and would hold accountable not just those who perform abortion but those who obtain them, Abolish Abortion Florida is pushing for a 2018 state ballot measure (that would immediately be struck down assuming the Supreme Court isn’t stacked with Scalia-style judges) making all of those involved criminals with the possibility of being put to death.

According to a press release from the anti-choice organization:

The political committee Abolish Abortion Florida (AAFL) has launched a ballot initiative to amend the state’s constitution to punish abortion as capital murder. Under the proposed amendment, anyone who performs or procures an abortion would be charged with first degree, pre-meditated murder. “Abortion” would include any abortifacient drug or device that can kill an embryo by preventing implantation, as well as the intentional destruction of unwanted IVF embryos. The amendment would define life as beginning at fertilization rather than “conception,” and declares that “abortion deprives an innocent human being of the inalienable right to life, liberty, and the pursuit of happiness.”

According to AAFL, the idea is not only to collect enough signatures to get the measure onto the 2018 ballot, but also to encourage legislators to begin putting forward legislation to abolish abortion instead of merely regulating it. Per AAFL: “The Supreme Court cannot make murder legal. Pro-life politicians have passed incremental regulations for decades, but it’s time to abolish abortion by recognizing it for what it is – cold-blooded murder – and prosecuting it accordingly.”

Should Donald Trump take office, this group could have a reasonable chance of not only passing the abominable (and un-Christian) state constitutional amendment into law, but having it upheld by a Trump-selected Supreme Court stacked against women’s health advocacy.

That should frighten everyone immensely.