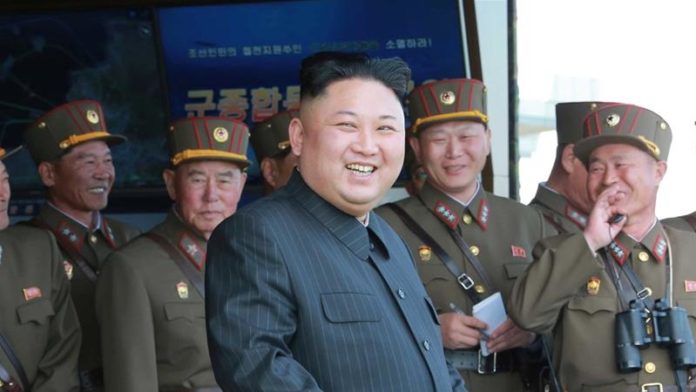 Sending military ships to their coastline and making threats of preemptive strikes apparently isn’t enough for the Trump administration, now N. Korea says the CIA is trying to assassinate their leader.

In a statement carried on state media, North Korea’s Ministry of State Security said it will “ferret out and mercilessly destroy” the “terrorists” in the CIA and South Korean intelligence agency for targeting its supreme leadership.

North Korea regularly criticizes the US and South Korea, but its most recent accusation has a lot of interesting details.

The ministry said the spy agencies in June 2014 “ideologically corrupted and bribed” a North Korean citizen who had been working in Russia to carry out the alleged assassination on Kim after returning home.

It said South Korean agents gave money and satellite communication equipment to the North Korean to attack Kim during a public event with a bio-chemical weapon, such as a delayed-action radioactive or “nano poisonous” substance.

The ministry said after a series of contacts and payments, the agents told the North Korean last month that the type of bio-chemical substance had been decided and that it would be supplied by the CIA.

The statement said in response to the alleged plot, a “Korean-style anti-terrorist attack will be commenced from this moment to sweep away the intelligence and plot-breeding organizations of the U.S. imperialists and the puppet clique,” referring to South Korea.

This accusation comes amid times of high tension between the US and N Korea, with China even urging people to flee N Korea. The US has considered attacking preemptively as well, which means they could attack at anytime and for no legitimate reason other than threats similar to what the Trump administration is making towards N Korea.

Michigan Moving Forward to be the Next State to Legalize Marijuana Use – Anti...