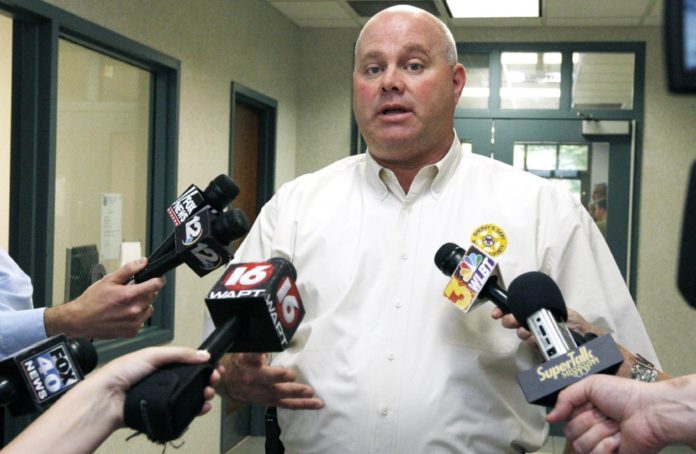 Madison County, Mississippi, the state’s wealthiest county, is among the most segregated places in America. Past court decisions have made note of its “racial isolation” and “confluence of…geography and demography.”

The major reason it remains so divided, according to a new class-action lawsuit filed Monday, is because county leaders want it that way.  They use local police to enforce an unofficial cordon around the county’s roughly 40,000 black residents, reported Think Progress.

The Madison County Sheriff’s Department (MCSD) “has implemented a coordinated top-down program of methodically targeting Black individuals for suspicionless searches and seizures,” the suit filed by the American Civil Liberties Union and pro-bono lawyers from Simpson Thacher & Bartlett says. The suit names 10 individual plaintiffs but seeks injunctive relief on behalf of “thousands of victims” of the county’s policies.

Think Progress continued their report on the unconstitutional behavior:

What’s more, the complaint says, the department locates these camouflaged identification inspections in and around the few communities in Madison County where there is a concentrated black population.

The alleged system requires African-American residents submit to unconstitutional searches and seizures as part of the normal course of going to and from their homes, which the suit argues is a violation of the Constitution as well as of their personal dignity.

“Forcing citizens of the United States to ‘show their papers’ in this fashion runs afoul of the law as well as the most basic norms of decency in domestic policing,” the suit says.

MCSD representatives did not immediately respond to requests for comment, saying they had not yet heard of the suit filed Monday.

The named plaintiffs in the suit have each been stopped multiple times in their hometowns and neighborhoods by MCSD officers who demand their identification, often running it to see if they have outstanding municipal citations or warrants before letting them pass. They have done nothing to provoke such legal detention and scrutiny, the suit alleges, save for attempting to enter or leave places like Canton and Flora, the two largest majority-black cities in the county.

Nick Singleton, 35, has been stopped at least 20 times in the past year alone, the suit says. Marvin McField, 37, has tried to avoid MCSD roadblocks ever since he was “searched, beaten until he could not breathe, and incarcerated for nineteen days without ever being charged with a crime” at one such stop years ago. For 59-year-old Bessie Thomas, a 50-year resident of Canton and a minister at two local churches, the stops are a routine part of getting around her community. “[T]he roadblocks end where the white people start” at her town’s eastern end, Thomas told attorneys.

The racially discriminatory violations of civil rights alleged in the suit are not limited to street and sidewalk stops. MCSD deputies also routinely burst into black residents’ homes without warrants, conduct illegal searches, and visit indiscriminate physical violence upon those dwelling there, according to the complaint.

Last June, for example, Khadafy and Quinetta Manning say a half-dozen white deputies barged into their home at 7:00 in the morning, first saying they were coming in to look for marijuana which they then made no effort to find. Instead, Quinetta Manning says, they sought to extract a false witness statement from her about an incident involving a neighbor. When Khadafy Manning, who walks with a cane due to a nerve condition, emerged from their bedroom to tell his wife she need not comply, deputies allegedly cuffed, choked, and beat the man before dragging him out to a squadcar in his underwear and referring to him as “Mr. Cripple.”

The alleged incident, which the complaint says Mrs. Manning managed to partially record on her cell phone, is not isolated. The complaint recounts a number of similar episodes where deputies targeted backyard cookouts and sleeping residents with warrantless searches and harassment. In one instance from February of this year, months after residents had solicited the state ACLU’s assistance and staff had begun to investigate, an unnamed deputy allegedly approached Mr. Manning in a parking lot and warned him he was “causing trouble” by “having people come around here asking questions,” then handcuffed him and charged him with driving on a suspended license.

Since taking office 5 years ago, the complaint says, Madison County Sheriff Randall Tucker has stopped keeping track of civilian complaints against his deputies and expanded the scope of the department’s racially-targeted dragnet.

“Although only 38% of Madison County residents are Black, approximately 73% of arrests in Madison County between May and September of 2016 were of Black individuals,” the complaint says.

The County and MCSD have only provided a limited number of statistics and internal policy information to lawyers thusfar, attorney Jonathan Youngwood said in an interview.

“We already have very good data, and there’s more detail coming in discovery. We’re going to get the internal documents of the police department and the county. Sometimes in internal documents people say things that get right to the heart of the thing,” Youngwood said.

“We’re confident this is a county-wide problem. The data supports that. The stories support that.”

It is ridiculous that segregation still exists in the US, especially police enforced segregation. The people responsible for this behavior need a severe punishment and they need to make up for what they have been doing to an already oppressed community.

Maryland All Male Committee Ensures Rapists Still Get To See Their Victim’s Children –...