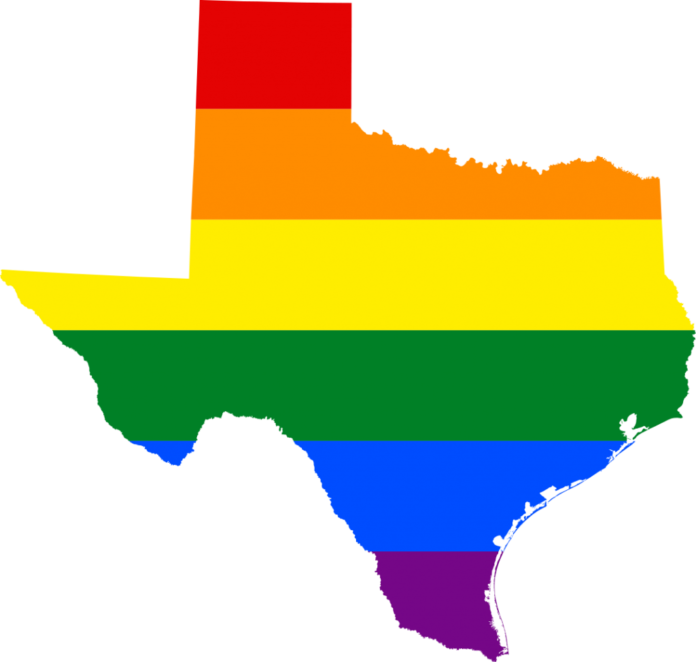 Texas is going through the motions to make adoption in their state harder than it already has to been by allowing adoption agencies to reject applicants on the basis of religious objection. What does this mean? This means that if you are Muslim, Jewish gay, single, or in an interfaith coupling, the state of Texas would rather have children looking for families languish in the system than find a safe and happy home under a new proposal in the Republican-controlled state legislature.

Texas would be following other states with similar laws “protecting” faith based adoption organizations refusing to place children in gay households based on religious grounds, but Texas wants to extened this to state funded agencies for which the tax payer contributes. South Dakota would be the only other state with such imposing measures placed upon potential adoptive parents.

As reported by The Guardian:

The bill was scheduled for debate and approval on Saturday in the Texas state house, but lawmakers became bogged down with other matters. It now is expected to come up next week.

Republican sponsors of the Texas bill say it is designed to support the religious freedom of adoption agencies and foster care providers. Many such agencies are private and faith-based but receive state funds.

The sponsors of the bill fail to see how the “support” for religious freedom is in complete opposition to supporting children in need of a safe and happy home. Children for the most part would rather stay in a safe home with a gay couple, and than the alternative of an abusive Christian heterosexual one.

Opponents say the bill will rob children of stable homes while funding discrimination with taxpayer dollars.

“This would allow adoption agencies to turn away qualified, loving parents who are perhaps perfect in every way because the agency has a difference in religious belief,” said Catherine Oakley, senior legislative counsel for the Human Rights Campaign. “This goes against the best interest of the child.”

The bill also blatantly violates the US constitution, Oakley added.

“As a governmental entity, Texas is bound to treat people equally under the law,” said Oakley. “This is a violation of equal protection under the law.”

James Frank, the state representative who authored the bill, said it was designed to address the state’s foster care crisis by making “reasonable accommodations so everyone can participate in the system”.

“Everyone is welcome,” said Frank, a Republican from Wichita Falls, near Texas’s border with Oklahoma. “But you don’t have to think alike to participate.”

Suzanne Bryant, an Austin-based adoption attorney who works with LGBT clients and was one of the first individuals to have a legal same-sex marriage in Texas, said the bill failed to provide alternatives for prospective parents rebuffed by adoption agencies.

“Say you call an agency and say, ‘I’m Jewish,’ and it’s a Catholic agency and they hang up on you,” said Bryant. “The bill says you can be referred to another agency, but there’s no mechanism to set that up.”

What may be the worst part of the bill is that children to be placed with these faith based agencies may be forced to comply with faith-based requirements even if they are not proponents of the faith.

Not only could agencies turn away hopeful parents under the religious freedom provision, but they could require children in the foster care system to comply with their faith-based requirements, said Bryant.

That, she said, means child welfare organizations could send LGBT kids to conversion therapy, a treatment designed to turn people heterosexual which the Pan American Health Organization calls a “serious threat to the health and well-being of affected people”. Agencies could also deny young people access to contraception and abortions.

“If a 17-year-old who is sexually active wants birth control, the burden to prove that constitutional right is on the child,” said Bryant. “They don’t have their parents advocating for them and are supposed to go it alone against the system.”

More than 100 children died in Texas child protective services last year, when a judge had already ruled that the system violated youngsters’ constitutional rights by leaving them more troubled when they left the system than when they entered it. The Republican governor, Greg Abbott, made fixing foster care an “emergency” priority and the state legislature has increased funding while backing a number of major changes.

Frank said most adoptions happened through the state’s child protective services, which would not be subject to the religious freedom mandate, though outside agencies that receive state funding would be. He said his bill “codifies” the choices adoption agencies were already making as they selected parents.

His proposal is just one of 24 pending bills in the Texas legislature that LGBT advocates say encourage discrimination.

What are your thoughts on the impending bill? Do you feel that the protection of religious freedom is in the best interest of the children? Or is it a veiled attempt by the government to condemn others with differing beliefs? If you are a Texan do you approve of your tax dollars supporting this endeavours? Share your thoughts in the comment section below.

Watch What Happens When Cannabis Is Injected Into Cancer Cells. This Is Mind Blowing!...