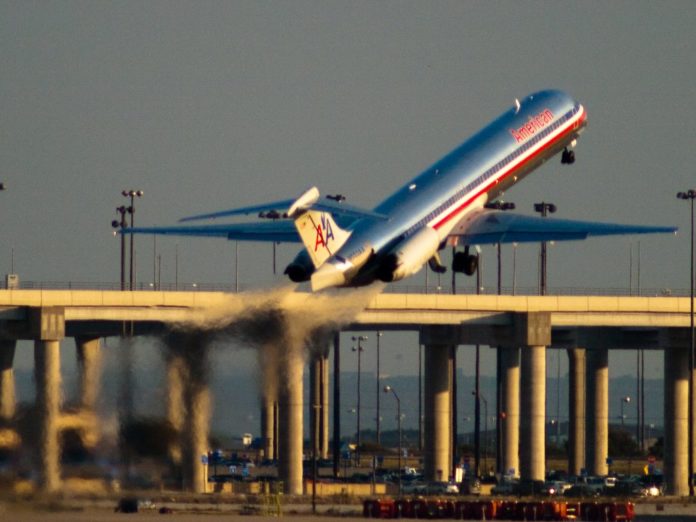 With all the publicity surrounding the declining quality of service within the air industry, one would think that every major airline would be on top of their game and at the ready to make their clients experiences as pleasant and memorable as possible. In the span of a few weeks the public has been witness to United Airlines beating up clients to accomadate their own staff, Delta Airlines threatening to arrest parents and place their children in foster care for not removing their toddler from a seat they paid for, and now comes the story of Rane Baldwin- a client of American Airlines a black woman who paid to have two tickets upgraded to first class for herself and a friend, and when it comes time to moving a person out due to a booking oversight, Anerican airlines chose to have the non-paying white woman remain in first class.

On May 2, Rane Baldwin checked into American Airlines Flight 5389, leaving Kentucky for Charlotte, N.C. Baldwin, a black woman, and her friend Janet Novack, a white woman, were traveling together, and both had first-class seats because Baldwin bought and upgraded the tickets. But unfortunately for Baldwin, she was literally moved to the back of the plane.

In an interview with The Root, Baldwin said that the flight got off to a bumpy ride, even before takeoff, when the ticket agent scanned her first-class boarding pass and then handed her a ticket that showed her seat was at the back of the plane. Baldwin said that the agent didn’t offer any explanation until she questioned him. She said that she was then told that she had been assigned a new seat because a plane change left fewer first-class seats. However, Novack’s seat wasn’t changed.

As Baldwin and Novack boarded their flight, Baldwin said, she tried to complain to the flight attendant but was completely ignored, unlike Novack. But even when Novack decided to move from first class to sit with Baldwin in the back of the plane, another flight attendant offered Novack another seat elsewhere.

“When I went back to the front to ask what was happening, she said that the first-class cabin was full and that there was nothing she could do,” Baldwin said. “At this point, the plane was fully boarded, but there were multiple empty rows at the front of the main cabin. I ignored my seat assignment, sat at the front, and my friend left first class and came back to join me.

“When the second flight attendant came through for a cabin check, he saw us (already buckled in, arm rest in between us up) and told my friend that there was plenty of extra space and that we could ‘spread out’ if she wanted to. He did not say this to anyone else,” Baldwin continued.

Both Baldwin and Novack were left dismayed over what was happening to them on the flight. Novack took to Twitter and fired off tweets to American Airlines:

It’s actually amazing how much racism I’ve experienced on @AmericanAir this morning for sitting with a friend. Like genuinely amazing.

@AmericanAir We went to board the plane with first class tickets and were told that the tickets had been messed up and I was first class and she wasn’t.

The discrimination did not end when the two friends left the plane- upon making inquires to the airline only Novack’s were responded to.

As the article continues:

Baldwin said that she sent a letter of complaint to American Airlines but has not heard back from the airline yet.

“I’ve never felt so unimportant my entire life. This flight was the most blatantly racist thing that’s ever happened to me. It was baffling and hurtful that the crew seemed completely aware of what they were doing and just didn’t care. People didn’t seem to trust me and made giant, incorrect assumptions about the relationship between my friend and I,” Baldwin said.

“I’m the one who bought the tickets; she was traveling with me—not the other way around,” she continued. “When my ticket was changed and Janet’s was not, I felt like I was being sent to the back of the bus. I just kept wondering if I was in some sort of time warp and asking myself, ‘Is this what it felt like to be black 60 years ago?’”

Novack expressed similar outrage over the incident and said she can’t believe that American Airlines treated her friend so poorly.

“This incident made me feel anger that I didn’t know I had. To say that I’m still baffled and at a loss for words is a gross understatement. Primarily, I feel guilt. There are a million things that I wish I could go back in time and do to help the situation and stand up for Rane,” Novack said.

“There’s absolutely no reason why Rane, an AAdvantage Platinum Select/World Elite cardholder, should have been treated as she was. There is absolutely no excuse for the fact that even after I pointed out the discrimination, all of my questions and concerns have been answered as Rane’s haven’t. I’m absolutely disappointed and angered at their lack of response, despite sending Rane over to a ‘specialty team.’ I think that my silence was both a terrible reaction as a friend and a testament to how far I have to go as an ally. It’s time that we challenge ourselves to do better,” Novack continued.

Unlike David Dao, the doctor who was brutally dragged off his United Airlines plane and recently received a hefty settlement from United, Baldwin said that she wants an “admission of wrongdoing and an apology.” Whether or not she takes things a step further depends on how “American Airlines responds to this situation. As of now, nobody has responded to my complaints,” Baldwin said.

Baldwin also noted how Novack’s concerns have been promptly addressed, but, of course, hers have not. As someone who has flown with American Airlines for years, Baldwin stated that its reputation with her has been “severely tarnished.”

What would have been the appropriate response of American Airlines been in this case? Should the non paying passenger been allowed to stay in first class, and do you think there was component of racial discrimination here? After all the bad publicity airlines have been getting as of late, who is there left for clients to give their business to? Join the discussion in the comments below.

How Can We Believe It Is A Good Idea To Grow Our Food With...