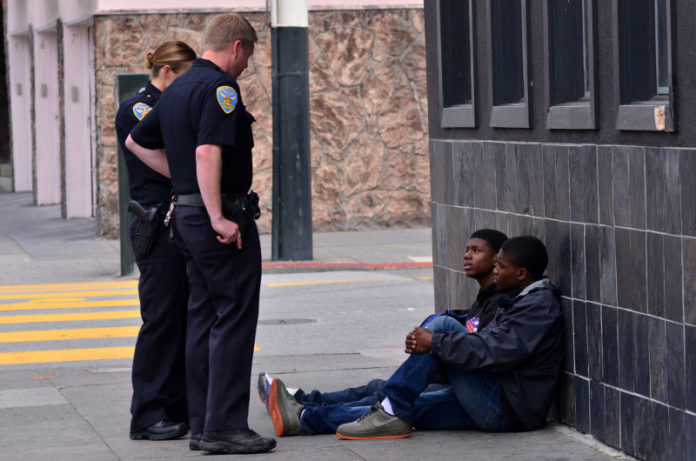 Betty Tucker had invited a few guests over for a cookout in the garden of her Canton, Miss., home when two plainclothes sheriff’s deputies walked into her home. Even though they didn’t have a warrant, they came in, checked her pockets and the pockets of her guests, searched her patio on their hands and knees, and then left.

It wasn’t much different for Quinetta Manning. Six deputies came into Manning’s home, handcuffed her boyfriend and threatened to put him in jail unless she made up a statement about her neighbor’s boyfriend.

The American Civil Liberties Union on Monday filed a lawsuit against the Madison County (Miss.) Sheriff’s Department alleging that the law-enforcement agency encroached on almost every aspect of the lives of the black citizens who lived in the county, according to The Guardian.

Madison County sits smack dab in the middle of Mississippi, just north of the city of Jackson. The city of Madison is 85 percent white, while the county seat of Canton is 75 percent black. It is the richest county in the state, but most of that wealth is concentrated in the white areas.

According to the complaint filed by the ACLU, the Madison County Sheriff’s Department has routinely terrorized the majority-black citizens of Canton with illegal searches, warrantless arrests and brutal violence. While 38 percent of the county’s population is African American, blacks make up 78 percent of those arrested. USA Today calculated that in 2011-2012, Madison County’s per capita arrest rate for blacks was more than six times the rate for whites.

Much of what the lawsuit alleges is focused on the Madison County sheriff’s primary tool for targeting the black population: roadblocks. According to the suit, the county regularly sets up roadblocks outside housing projects and black businesses and in majority-black neighborhoods. The class action, civil rights suit cites the fact that between May and September, 81 percent of the people arrested at roadblocks were African American, although they make up just over a third of the people in the county.

United Airlines Under Fire Again After Passenger Is Assaulted by Officers – Anti Media...

Rep. Gabbard Under Fire For Wanting Proof Assad Was Responsible For Chemical Attack –...