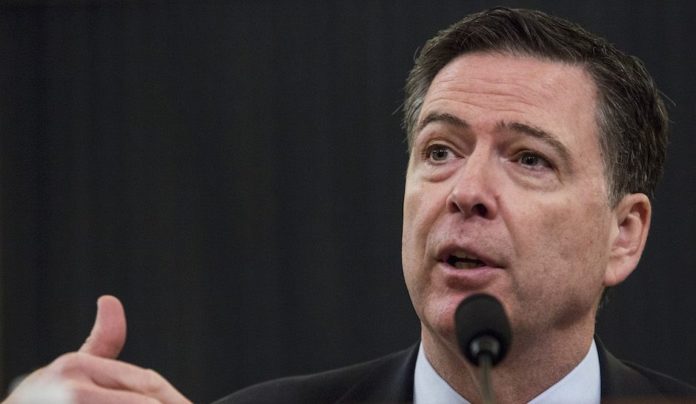 James Comey, who was recently fired from his position as the FBI director, presumably for his part in investigating Russian ties to the Trump administration, already has a potential new job offer from WikiLeaks.

Shortly after he was fired, Julian Assange tweeted that he would consider giving Comey a new job if he wanted to continue to properly investigate the U.S. government from WikiLeaks’ D.C. office, according to Heavy.

WikiLeaks would be happy to consider hiring James Comey to help lead its DC office should he like to properly investigate the US government.

WikiLeaks stated that it would welcome any information from Comey or other FBI officers about exactly why he was fired:

If James Comey or any other former or current FBI officers have information as to why he was fired, we want to help: https://t.co/cLRcuIiQXz

During the primary and the general election, WikiLeaks was was accused of not being interested in any information that might be damaging to Trump. This offer seems to contradict that, or possibly things changed now that the elections are over.

“Comey’s tenure this past year has been full of rumors, including unfounded rumors that he and WikiLeaks were working together. In October and November, some people believed that Comey’s announcement about the FBI investigating Clinton’s emails was timed to hurt her chances at being elected. But then after Trump was elected, Comey’s investigation into potential ties between Trump and Russia fueled rumors that Comey was siding with Democrats. It seemed that no matter what he did, his decisions sparked a lot of rumors,” reported Heavy.

Rumors about Comey’s politics have been all over the place lately. At one point, people speculated that Comey was on the Republicans’ side. Now that he’s been fired by the Republican President, rumors are pretty much flipped. The possibility many people have not considered is Comey was not on any political side, but just trying to do his job in a volatile and difficult environment.

Congratulations! You Survived The Rapture (Again)

MONSANTO AND BAYER ARE MANEUVERING TO TAKE OVER THE CANNABIS INDUSTRY