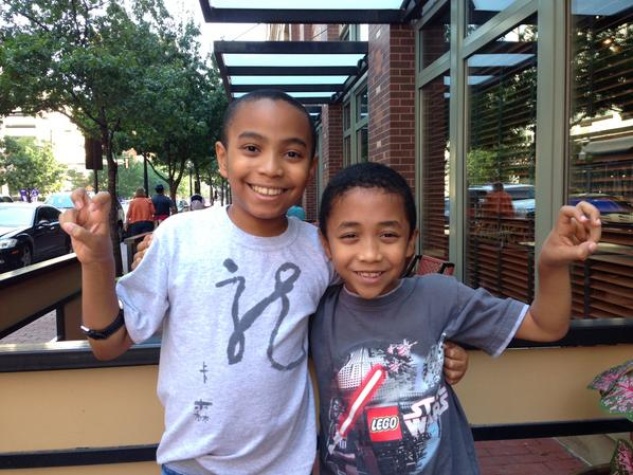 This incredibly talented 14 year old, Carson Huey-You, has just completed an amazing accomplishment. He just finished his last final exam at Texas Christian University on Tuesday and is prepared to graduate Saturday with a degree in physics and a double minor in math and Chinese. His younger brother, 11-year-old Cannan, is also ready to start classes at TCU in the fall, with plans to major in astrophysics and engineering and hopes of one day being an astronaut.

“It didn’t come easily. It really didn’t,” Carson said to NBC DFW. “I knew I wanted to do physics when I was in high school, but then quantum physics was the one that stood out to me because it was abstract. You can’t actually see what’s going on, so you have to sort of rely on the mathematics to work everything out.”

Even if it did not come easily, his mother said he first showed an interest in math at age 3.

“He asked me if he could learn calculus and I thought, ‘Hmm, OK,’” said his mother, Claretta Kimp.

And so Kimp took the child to school, where they discovered that Carson already had an eighth-grade comprehension of math, far “too advanced” for his age group. When all was said and done, Carson ended up skipping several grades and graduating from high school at only 10 years old. By age 11, he was a freshman at TCU.

The boys’ mother joked that as far as she knows, there’s nothing special in the water at their home.

“I would hope what’s in everybody else’s water,” Kimp said. “A lot of love and patience and understanding and commitment.”

Both brothers work with TCU professor Magnus Rittby, who mentored Carson from the beginning of his college life.

“It was challenging enough with one of them,” Rittby said. “As I grow older, I want to tell people that age is not what people tend to think it is, and the same is for young people. I think you can take young people very seriously.”

Rittby explained that he made a conscious effort not to put Carson into a “cocoon” where he would only learn quantum mechanics and not develop as a human being in other aspects.

“Just give him as many tools as possible to do good in the world,” Rittby said. “His potential is enormous to be able to do things nobody else has done.”