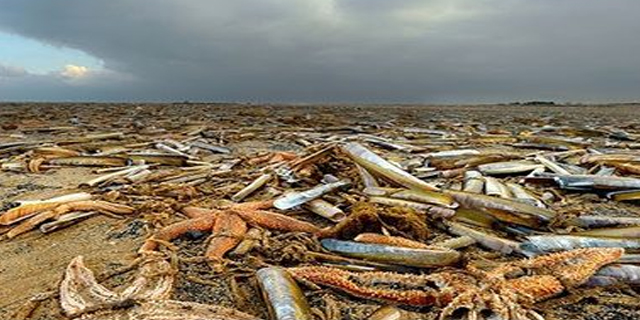 They produce more than half the world’s oxygen, create more than $128 billion in GDP annually, and hold 97% of the world’s water. Oceans are our lifeline. And yet we know so little about them.

“More than 500 people have visited space, but just a handful have visited the deepest parts of the ocean. It’s been said that we know more about the surface of the moon than we do the ocean floor,” says Anisa Kamadoli Costa of Tiffany & Co, a leader in the business world when it comes to oceans advocacy.

Perhaps it’s this lack of awareness that explains how we’ve managed to do so much damage to the sea in such a short space of time.

“We used to think that the ocean was too big to fail, too vast for humans to have an impact upon,” legendary oceanographer Sylvia Earle told us. “We know now that isn’t the case. Oceans – our life support system – are being impacted in very significant ways.”
Another oceans advocate, Hanli Prinsloo, is not even 40 years old but has already seen irreversible changes to the world’s largest ecosystem. “What scares me more than anything is returning to places where an animal has always been and finding it completely empty.”

Based in Fukushima, Japan, the Nuclear Power Plant “Fukushima”, was a primary source of power in the region. An earthquake and tsunami, struck the country in early-2011 (March 11, 2011) which have inundated the plant.

Since the disaster occurred, the damage hasn’t been contained. The nuclear plant still emits over 300 tons of radioactive waste into the expansive Pacific Ocean each day. People have wondered, what is the most dangerous nuclear disaster in world history?

Most would chime in, that Chernobyl in Ukraine would be the worst. In fact, it isn’t the worst. When the three nuclear reactors at Fukushima suffered a meltdown of tragic proportions, it released the largest amount of radiation into our sea waters in history. What we are finding now, is the Japanese could be wrong.

Their numbers might not even reflect the exact amount of radiation in the Pacific. Its been proven so by several scientists, that the number estimates that were summed up are flawed.