Home News Mark Zuckerberg Has BREAKDOWN On Live TV When Confronted About CIA –... 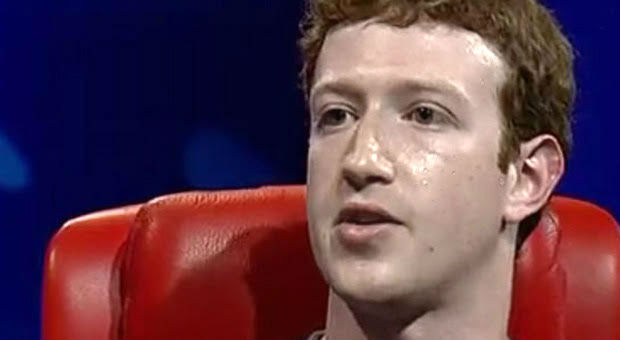 Facebook founder Mark Zuckerberg broke into a sweat and almost had a breakdown when confronted directly with questions involving privacy issues concerning government and CIA access to personal data.

In the video, the Facebook CEO visibly stumbled and paused as he delivered a tense and awkward answer to the questions in front of a hostile audience.

Zuckerberg said: “There have been misperceptions that we’re trying to make all information open, that’s completely false.”

The Social Network CEO then dodged straight questions as he clearly becomes increasingly uncomfortable, steering his answers to hazy talking points before losing his cool altogether.

Reporter Sharon Waxman wrote: “Out in the hallway, the verdicts were brutal,” adding, “with observers saying Zuckerberg seemed lost, in the midst of a panic attack or at the start of a meltdown.”Critical tech attendees were not impressed with Zuckerberg’s reaction.

The next uncomfortable phase of the interview cumulated into its peak of visible awkwardness when Swisher noticed Zuckerberg was sweating profoundly, offering to take off his hoodie/sweatshirt.

First, Zuckerberg refused, then re-thought the question and took it off, handing it to the reporter.

Inside the jacket was what seemed to be an occult or Illuminati symbol with the Facebook logo at the bottom.

The moment went down as extremely awkward as some tech observers said:

“Zuckerberg takes off the hoodie. Inside the lining is an Illuminati kind of insignia with Open Sharing motto.”

Neo-Nazi Arrested with Bomb-Making Materials Walks Free on Bond as Judge Deems Him as...

Woman And Her Two Children Were Detained At Dulles Airport For 20 Hours Without...

Prosecutors Allege Up to 100 Girls Victims of Genital Mutilation at Detroit-Area Clinic –...