Home Race and Ethnicity ‘Roses Are Red, Violets Are Blue, I’m White, You Should Be Too’... 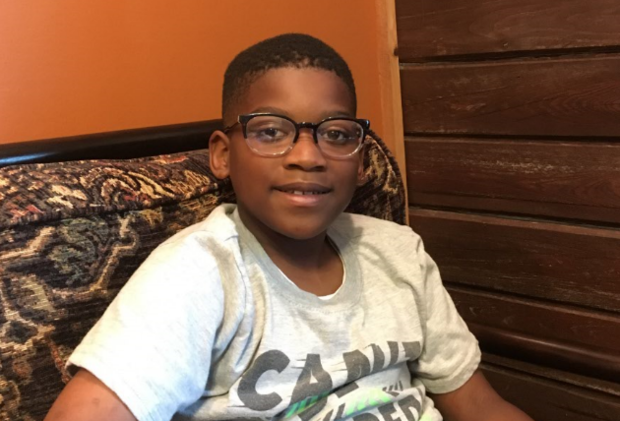 An Alabama 5th grader has had to learn to deal with racial taunting because the teachers refuse to stop it.

Taylor Armbrester, 10, says he has been called “black boy” and “retarded,” by other fifth-graders since he transferred to the mostly white Chelsea Park Elementary School in Chelsea, AL, last fall.

Taylor has been punched, kicked, had his finger broken and had disturbing poems recited to him by other students, according to AL.com.

Another boy accused him of stealing a fidget spinner and then punched him in the face. “He lost it out of his book bag,” Taylor explained.

On Tuesday, Taylor was shooting baskets when a girl he considers his friend asked if she could shoot, but instead, she threw the ball at him and broke his finger. His mother, Shaneka Phillips, took him to the emergency room.

“He seems to be an easy target,” said Phillips.

After being taken before school authorities, the boy who recited the poems reportedly said, “‘Don’t take it offensively,’” Taylor said. “I know he was just playing a joke. I said, ‘I hope you know God doesn’t like that.’”

“They think they can just do it to me,” said Taylor, who never mentioned his race as a reason for the taunts until asked directly about it. “They think I’m dumb or something. They kept on doing it to me.”

A guidance counselor met with students who admitted they picked on Taylor, but there is no report of punishment for the racist, abusive, and bullying behavior.

Strangely, Assistant Principal Mary Anderson and the counselor met with Taylor and his mother Friday and said there is not a problem with racial bullying at the school. The school chose to use the old “isolated incident” excuse rather than accept and deal with the problem.

Of the 883 students at Chelsea Park Elementary School, in grades K-5, there are 88 black students, making up about 10 percent of the school’s population. There are 23 Asian students, 40 Hispanics and one Pacific Islander. The 715 white students make up about 81 percent of the student body, according to AL.com.

Parents have to work with their kids at home on this crap. Instead of teaching them to be racist assholes, teach them to be accepting. Race doesn’t matter and racists have been proven to have lower IQs.

917 Active Hate Groups In The U.S.: The Charlottesville Hatred is Nationwide